Staff on board the flight rushed to put water on the ‘sparking’ headphones.

A woman was burned after her noise-cancelling headphones exploded during a flight from Bejing to Melbourne.

The unidentified woman was taking a quick nap on her flight last month when, two hours in, she woke up to a loud explosion. She immediately felt a burning sensation on her face and quickly realised that the headphones she was wearing had exploded.

“I continued to feel burning, so I grabbed them off and threw them on the floor. They were sparking and had small amounts of fire,” the woman told the Australian Transport Safety Bureau (ATSB).

“As I went to stamp my foot on them, the flight attendants were already there with a bucket of water to pour on them. They put them into the bucket at the rear of the plane.”

“People were coughing and choking the entire way home,” the woman said.

The ATSB said the lithium batteries inside the headphones likely caused them to combust, although officials didn’t disclose what kind of batteries they were. 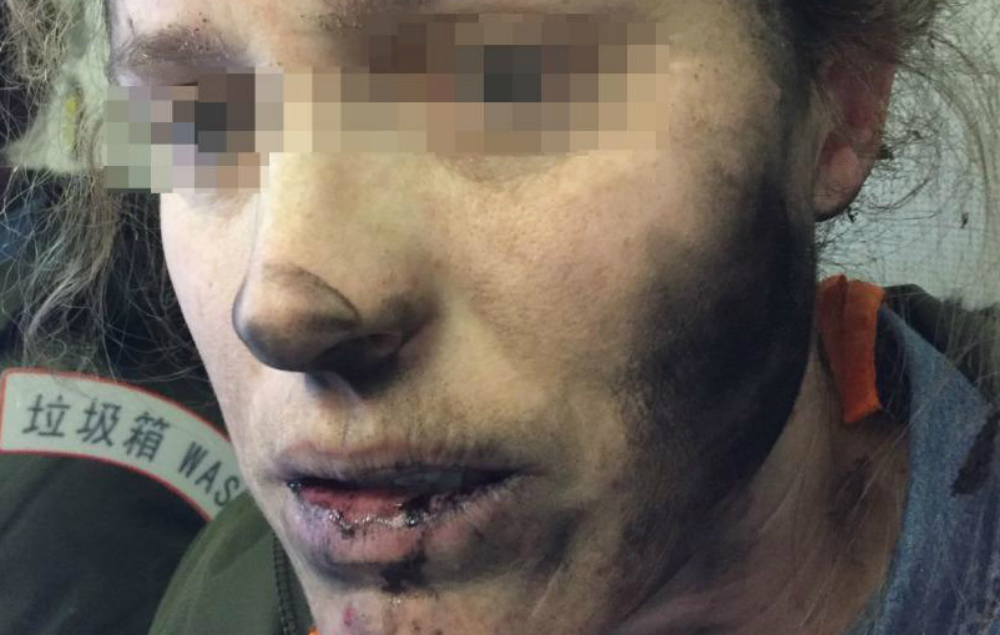 According to Vice, a man’s Samsung Galaxy Note 7 smartphone exploded onboard a Southwest flight last October, just before takeoff. The Federal Aviation Administration has strongly advised passengers to keep those phones off in-flight, due to reports that their lithium batteries had been causing fires.

Last December, CeeLo Green appeared on Facebook Live after footage spread online of a phone exploding in his hand.
In the video, Green is knocked out of his seat and lies completely still on the floor, prompting concern for his wellbeing from fans.

The musician used his social media platform to assure fans he was fine and said the video was part of an upcoming project, as Complex reports.

“I just want to let everybody know that I am alive, that I’m well, and I’m OK,” he explained. “Truthfully, I’m really upset that anybody had to be emotionally disturbed by what they saw today.

“What you saw today was a clip from a smaller video that we were shooting for a new project I’m doing called Gnarly Davidson. It’s supposed to set up […] and introduce the new character identity.”

He added: “I want to thank everybody for their love and support and concern.”

What’s On Your Headphones? Brixton, in partnership with VO5