Strange news of the day: international pop star Katy Perry has announced that her new song, ‘Chained to the Rhythm’, would be released in a most unusual way. She would unveil disco balls in major cities across the globe – Berlin, Auckland, Chicago, Paris, London and many more – which fans must flock to, before plugging in earphones to listen to the shiny new track. She revealed the news via Instagram, pointing to an interactive map on her website.

The London location was Leicester Square, so we headed on down to meet some #katycats and hear the new song. To be honest, the fanfare wasn’t as big as we expected, with just a handful of fans lining up to plug in, bug out and hear Katy Perry’s latest pop banger via the medium of a disco ball just sort of dumped on the floor in a corner of central London, opposite a Wetherspoons and a TFI Fridays.

Perhaps the crowd was lessened by the biting cold, perhaps people had jobs and lives to attend to. The dedicated made it, though, as NME spoke to one bloke who’d legged it from his house upon hearing the news, without changing out of his shorts and T-shirt. You have never met anyone who look as cold as this man.

We spoke 22-year-old Aitor, who was ahead of us in the queue and whetted our appetite by telling us: “It’s totally different for Katy. We expect really simple pop, like ‘roar’, but this is more disco, with clapping, but it’s really interesting.” Of the weird, internet-breaking strategy for revealing ‘Chained to Rhythm, he said: “I was asking people here’, Are you a katycat? It’s fun, because you can meet different people.” 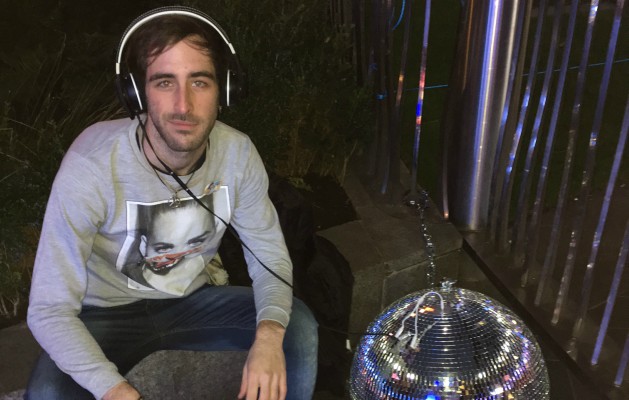 As you may have noticed, Aitor here is wearing a Katy Perry t-shirt – amazing, considering he’d run here from work at an Indian restaurant after hearing about the disco ball – and there is no doubt in my mind that Aitor loves Katy Perry even more than you do.

20-year-old Naticka was next up. Of ‘Chained to the Rhythm’, she told us: “It’s disco-y but it’s still got katy-ness – it’s very upbeat and it’s about partying and having a good time. This whole thing is so Katy Perry, dropping disco balls out of nowhere. It’s like, ‘Come and find guys!’ I was at work (I’d finished anyway) and had to run straight here.” On the #kittykat scale, Naticka’s probably only one or two places behind Aitor, which is appropriate, given her spot in the queue. 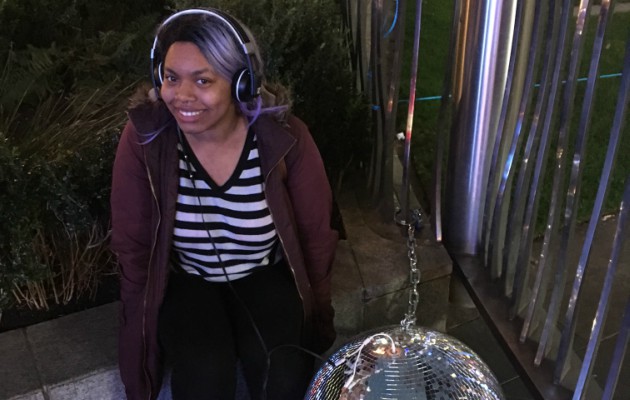 Finally, then, it was NME’s turns to juice our ears with the cream of some sweet Katy Perry pop liquid. The song bangs, to be totally honest, and was well worth a short queue in the freezing cold. As Aitor and Naticka suggested, it’s disco-themed, with a big, gloriously dumb pop chorus shimmery guitar line, crisp-as-fuck production and massive handclaps for you to join in with. It’s like Daft Punk, but fun.

‘Chained To The Rhythm’ bodes super well for Katy’s upcoming album, which might well see her expanding on its disco vibe. Wanna hear the song for yourself? There’s speculation that she’ll debut it at the Grammy Awards this weekend (February 12, performances from everyone Adele to Metallica) Or you could just plug in to your nearest disco ball and hope for the best.

The post We plugged into a disco ball on the street to hear Katy Perry’s new song ‘Chained To The Rhythm’ appeared first on NME.

Panic! At The Disco’s Brendan Urie forced to move house after ‘constant harassment’ from fans