Twitter is to drop its ‘Egg’ avatar due to its associations with online harassment.

The default avatar is intended to be first temporary profile picture for new users who sign up to the social media platform, but the ‘Egg’ – which was introduced in 2010 – has now become more synonymous with abusive or trolling accounts as Twitter’s influence has spread.

Earlier this month, Twitter announced that they were giving users the power to block any accounts that used the ‘Egg’ avatar in an effort to combat online harassment. This course of action has been stepped up further by the announcement today (March 31) that Twitter are dropping the ‘Egg’ avatar entirely. 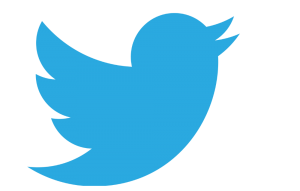 When users now sign up to the platform, they will be greeted with a gender-neutral figure as their profile photo. Twitter said of the change: “It’s time for something new – something that encourages people to upload their own photos for more personal expression.”

The blog post continues with reference to the ‘Egg”s associations with harassment.

“We’ve noticed patterns of behavior with accounts that are created only to harass others – often they don’t take the time to personalize their accounts,” the blog reads. “This has created an association between the default egg profile photo and negative behavior, which isn’t fair to people who are still new to Twitter and haven’t yet personalised their profile photo.”

The post Twitter to drop ‘Egg’ avatar due to its association with online harassment appeared first on NME.