Stars such as Tom Morello and Trent Reznor have remembered their last interactions with the late Chris Cornell.

Soundgarden and Audioslave frontman Cornell was found dead in his hotel room earlier this month (May 17). He was 52. While Cornell’s death is being treated as a suicide, his family have claimed that prescription drugs may have contributed towards him taking his own life.

Cornell was “shining” at that concert, Morello says. “We hung out after the show – just laughed, took pictures. The last thing he said to me was, ‘I had such a great time. I would love to do this again. You just let me know.’ I was like, ‘Yeah, let’s figure it out!’”

“It’s unbelievable,” Morello added of Cornell’s death. “I don’t know what the phases of mourning are, but I’m in the first one. I still expect this to be some kind of mistake… where it’s ‘I’m cool. I’m so sorry. That was a scare. Everything is going to be all right.’ ” 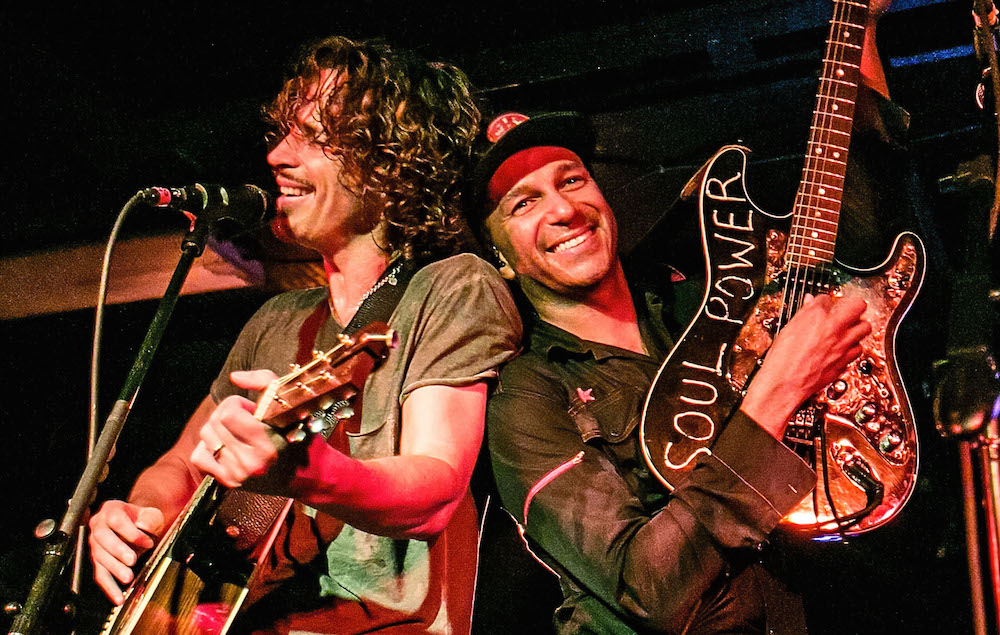 System Of A Down frontman Serj Tankian said that he saw Cornell at Elton John‘s 70th birthday gala on March 25. “We had this long chat, sitting next to each other,” Tankian said, adding that Cornell seemed excited by his upcoming tour plans.

Reznor, meanwhile, said of his band Nine Inch Nails‘ 2014 co-headline tour with Soundgarden: “The Chris I met on that tour was a gentleman that completely had his shit together.”

To My Sweet Christopher,

You were the best father, husband and son-in-law. Your patience, empathy and love always showed through.

You had always said I saved you, that you wouldn’t be alive if it were not for me. My heart gleamed to see you happy, living and motivated. Excited for life. Doing everything you could to give back. We had the time of our lives in the last decade and I’m sorry, my sweet love, that I did not see what happened to you that night. I’m sorry you were alone, and I know that was not you, my sweet Christopher. Your children know that too, so you can rest in peace.

I’m broken, but I will stand up for you and I will take care of our beautiful babies. I will think of you every minute of every day and I will fight for you. You were right when you said we are soulmates. It has been said that paths that have crossed will cross again, and I know that you will come find me, and I will be here waiting.

Always and forever,
Your Vicky

Vicky Cornell had previously released a statement describing the musician’s passing as “a loss that escapes words and has created an emptiness in my heart that will never be filled”.