Box Car Racer, formed of DeLonge, Blink-182 drummer Travis Barker and Angels & Airwaves guitarist David Kennedy, enjoyed cult success with their self-titled and only album in 2002 – which included the rock radio hits ‘I Feel So’ and ‘There Is’. They recently released a 15th anniversary vinyl reissue of the record.

Reflecting on the record in an interview with Billboard, DeLonge – who parted ways with Blink-182 in 2015 – said: “I think it’s dope. It’s a mainstream version of the post-hardcore and punk rock influences in my life, but it’s also very artistic. I think we did something with the recording of that record that’s never been done for the most part, where the variances and volume and sonic scope are just extreme. That was the first record I crafted. Not recorded, crafted — two totally different things.”

“It’s funny because it’s kind of like it was the best and worst thing for [Blink-182]. It was the beginning of a lot of tension in the band but it was also the thing that led us to writing way better songs, so what do you do? Change is hard for fans, for band members, and I never want to change just for the sake of change. I’m pretty strategic about how I do everything and I’m never gonna vary from my definition of what I think is cool.” 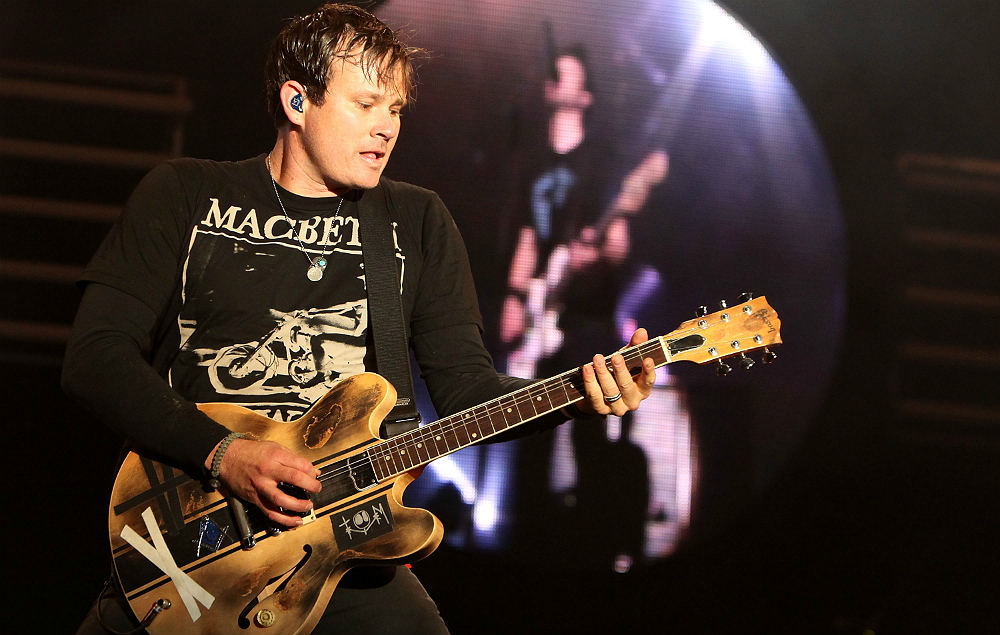 Having recently hinted at a possible second Box Car Racer album, DeLonge has now elaborated: “Well I’m not going to spill any beans, but Travis and I talk all the time. There was always talk of Box Car Racer; we’ve talked about it for a very long time. We just came out with vinyl, and we’ve gotten offers to bring it back. I don’t know if it was like Coachella, but we’ve had things like that pop up from time to time. It’s something that’s never died in our imaginations and it’s something that I think we’re willing to do. Whether we come out with some big announcement or we’re ready to say, “Hey, this is happening,” I don’t know any of those kinds of details. But I think that our passion for what we did lives strong. We do talk about it and we do want to do something but we have no desire to talk about details because there’s a lot going on in my life right now, and [Travis’s]. Blink’s doing really well right now and everyone’s in a good spot, contrary to what public opinion may be. I have the best situation ever where that band can continue and they can do what they want. And I’m making major motion pictures and working with people in government, so it’s a big deal. “

DeLonge added: “I think the safest answer is that the music I am doing now, that I’m writing now, lives more sided towards that [Box Car Racer] sound than traditional Angels & Airwaves, by nature of what I’m into at this moment.”

He went on to suggest that Fugazi/Minor Threat’s Ian MacKaye, Death Cab For Cutie’s Ben Gibbard, Circa Survive’s Anthony Green and Enya could be on Box Car Racer’s follow-up LP.

The car the Notorious B.I.G. was fatally shot in is being sold for $1.5m