Some of the greatest songs ever written are about love. Life-changing songs, with deeply romantic lyrics that will move your soul. Eminem’s ‘Stan’, which in 2000 was beaten to Christmas number one by Bob the Builder’s novelty single ‘Can We Fix It?’, is not one of those songs.

Dido’s chorus is nice, but elsewhere Em paints of a picture of a disturbed man who, incensed that his favourite rapper has not responded to his fan mail, locks his wife in the boot of a car and drives her off a bridge. But – what’s this? – one amorous Tinder user has quoted the song with romantic intent. We are calling him the Tinderman, an omnipresent figure who slinks through the internet, his slippery fingers touching the hearts and minds of those who fall under his spell.

Yes, it seems that a Redditter by the name of J_Goddard, a Renaissance man as comfortable navigating the wastelands of Tinder as the endless internet bog that is Reddit, has played fast and loose with the dating app. He posted a Tinder exchange on Reddit and it is in equal parts stirring and heartbreaking, a sort-of Gone With The Wind for a generation whose attention spans have been decimated by social media. J_Goddard’s opening gambit: altered lyrics to ‘Stan’, in which he claims to have previously attempted to contact the object of his affection, to no avail. 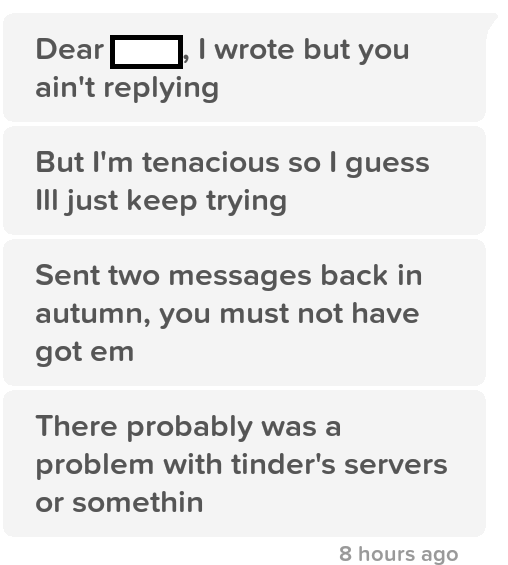 He’s cool with it, though. That’s J_Goddard: internet loverman, 90s rap fan, all round cool guy. And his bel ami, the woman with whom he may end his days listening to ultra-violent hip-hop as they wait for the Ocado man, is duly impressed. She responds in kind and J_Goddard is so excited that he momentarily loses his cool, e-spluttering: “That was brilliant!” 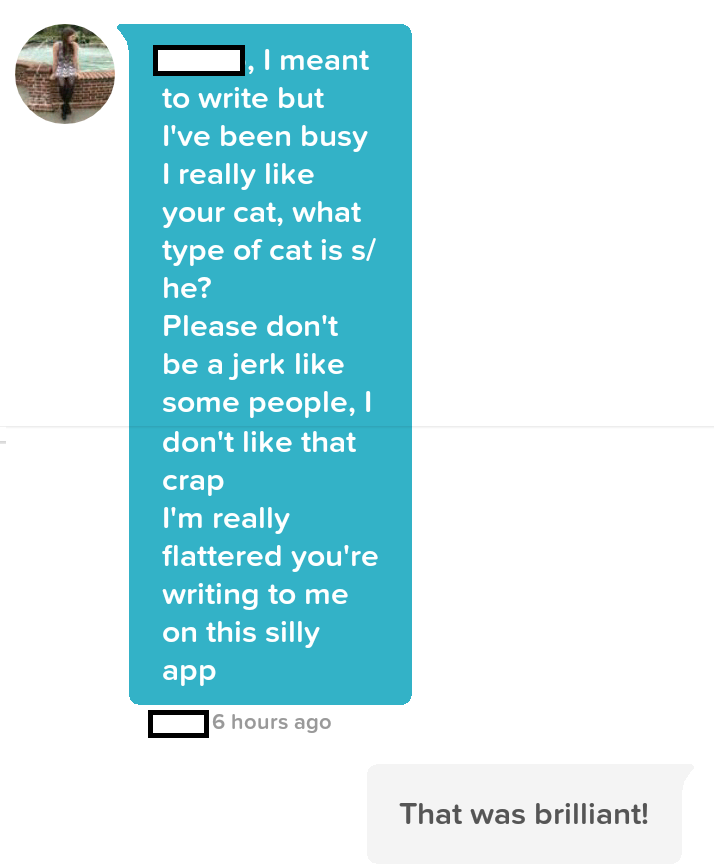 This over-excitement continues, and it proves – romantically speaking – fatal for our seductive swiper. In his bid to keep to good times a-rolling, he falls into the chasm between his innovative use of the lines and their queasy, original intent. J_Goddard’s adaptation: quirky and charming, cute and eccentric. Eminem’s actual lines: dark and sinister as the boot of a car plunging into the icy abyss below. As you can see below, J_Goddard’s next message is a bit weird. 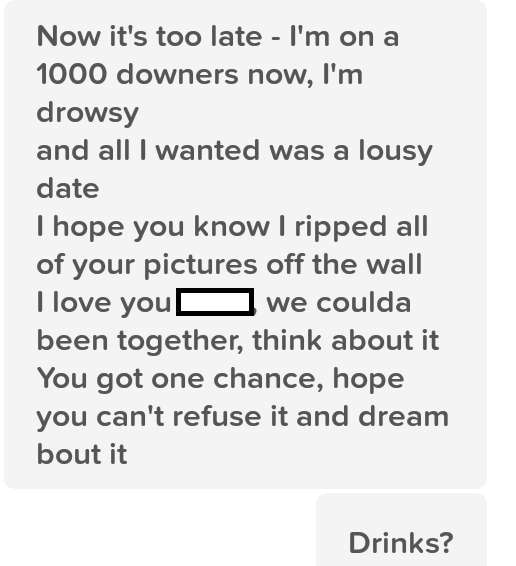 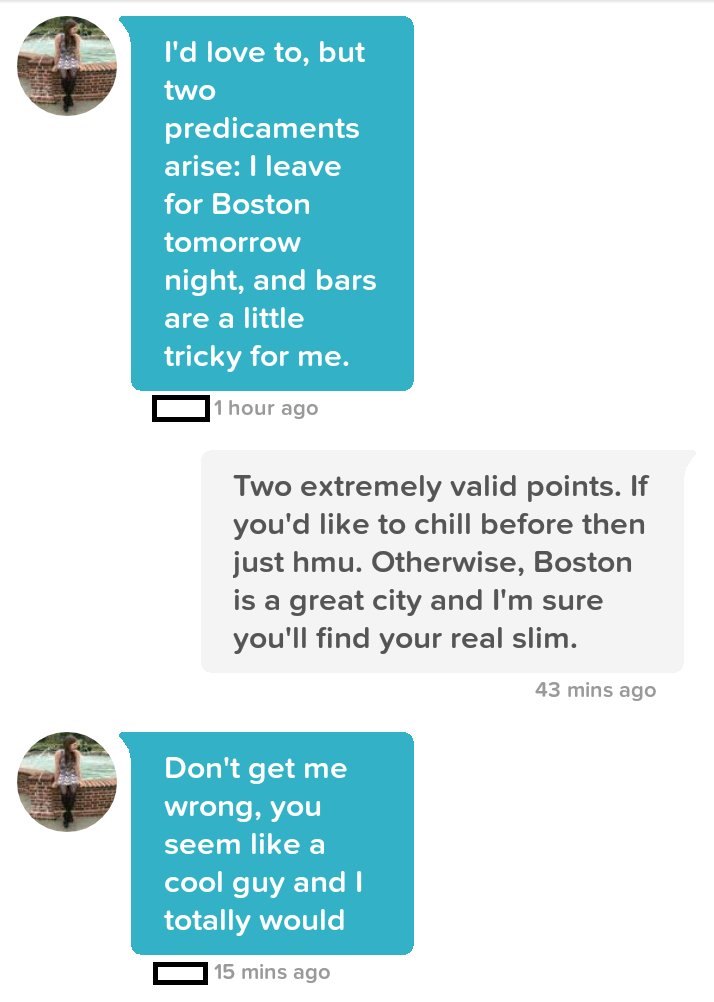 The courted woman backs off, makes her excuses and logs out of Tinder, forever haunted by the image of a man she has never met drowsily tearing pictures of her from his bedroom wall. She doesn’t make that trip to Boston, because it was clearly never going to happen, but she does change the locks on her front door. Still, all ends chummily, and online infamy beckons: 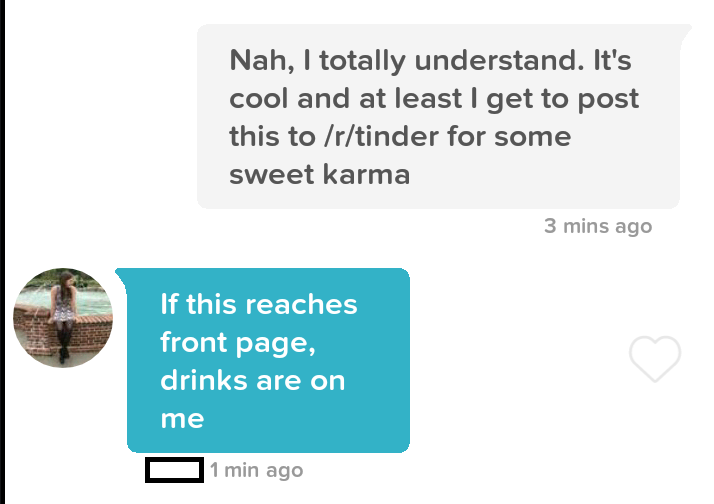 What have we learned here? We have learned that love is doomed, Tinder is weird and troubling songs about domestic violence do not good ice-breakers make. Can J_Goddard fix it? Not this time, sadly, no. Not even Scoop, Muck and Dizzy could repair this mess.

What can we expect from a new Wolf Alice album?

#EatMyFaceSegel: this Canadian guy is eating pictures of Jason Segel until Jason Segel eats a picture of him