Theresa May has condemned the “sickening cowardice” of the terrorist attacker who targeted a pop concert in Manchester last night (May 22).

Delivering a televised speech on Downing Street this morning after a meeting of the Cobra crisis committee, the Prime Minister said that police believe they know the attacker’s identity. They are now working to determine whether the attacker acted alone or in co-operation with others, she said.

May confirmed that 22 people were killed and 59 others were injured in the attack shortly after last night’s Ariana Grande concert. Fans were leaving the show at Manchester Arena when a suicide bomber attacked the foyer. The lone attacker died in the explosion from what is said to be a home-made bomb.

“All acts of terrorism are cowardly attacks on innocent people, but this attack stands out for its appalling, sickening cowardice, deliberately targeting innocent, defenceless children and young people who should have been enjoying one of the most memorable nights of their lives,” May said this morning. 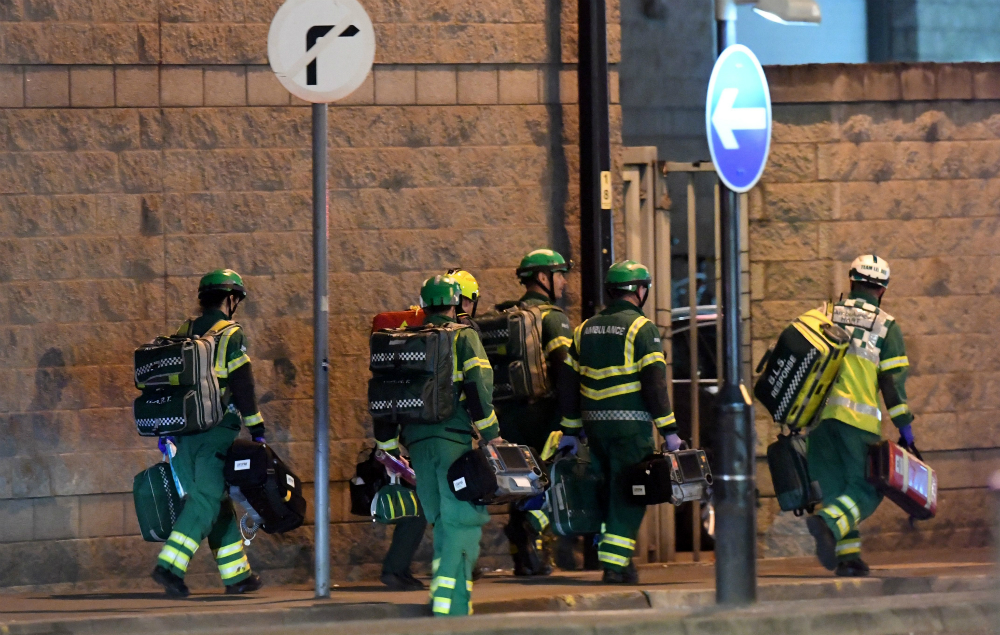 The scene in Manchester, after the Ariana Grande show

The Prime Minister, who will travel to Manchester later today (May 23), added: “We struggle to comprehend the warped and twisted mind that sees a room packed with young children not as a scene to cherish but an opportunity for carnage. But we can continue to resolve to thwart such attacks in future, to take on and defeat the ideology that often fuels this violence. And if there turn out to be others responsible, to seek them out and bring them to justice.”

Meanwhile, Labour Leader Jeremy Corbyn has paid tribute to the attack’s victims and said that all campaigning for the upcoming general election has been “suspended”.

Manchester Mayor Andy Burnham has also spoken out to condemn the ‘evil’ terrorist attack, adding: “Our first thoughts are with the families of those killed and injured and we will do whatever we can to support them.”

READ: Manchester terror attack – how to check if family and friends are OK

Meanwhile, the NHS has issued advice to blood donors in the wake of the attack.

The post Theresa May denounces the ‘sickening cowardice’ of the Manchester attack appeared first on NME.