The franchise’s next instalment, ‘Transformers: The Last Knight’, opens in June.

However, the studio’s plans apparently stretch much further than this. “There are 14 stories written and there’s good stuff,” Bay told MTV.

Bay has previously said that The Last Knight will be the final Transformers film he directs. However, he has now told MTV that he is keen to direct one of the new movies in the works at Paramount.

“I would like to do one of them though – a Transformers spin-off,” he said.

A new extended trailer for Transformers: The Last Knight debuted in February. According to the official synopsis, the film shatters “the core myths of the Transformers franchise, and redefines what it means to be a hero.”

Mark Wahlberg returns to play Cade Yeager, Anthony Hopkins appears as an English Lord, and Laura Haddock plays an Oxford professor. The Last Knight is set for release on June 23. 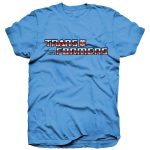 Last year, the franchise was criticised after Bay reportedly transformed Blenheim Palace into a Nazi base for the new movie. The Last Knight was partially shot on the grounds of the Oxfordshire country house, which was the birthplace and residence of former Prime Minister Sir Winston Churchill.

Tony Hayes of Veterans Association UK said that people who lived through the Second World War would be “appalled by this”.

Bay later responded to the controversy, telling BBC News that Churchill will actually be featured in the film as “a hero”.

“When you see the movie you’ll understand,” Bay said. “I, probably more than any director in the world, have shot more veterans and more active military men and women in my movies. I would do nothing to disrespect veterans.”

A Disneyland-style theme park is coming to the UK