Warning! This article contains plenty o’ spoilers about series one of ‘The OA’.

The Netflix supernatural drama The OA, which appeared on the streaming service just before Christmas and has been described as a sort-of Stranger Things for adults, is a mighty odd affair. Created by Brit Marling (who stars as the titular character) and Zal Batmanglij (who directed all eight episodes of the first series), it tells the tale of a young woman, Prairie. Once blind, she disappeared seven years ago but has now reappeared, having regained her sight. She claims to have learned that she’s an angel – the ‘Original Angel’, no less, hence the moniker.

The series sees her recount her ripping yarn to a bunch of wide-eyed local recruits, whom she hopes can help her save other people who disappeared in similar circumstances to herself. The OA has confounded viewers, playing its cards very close to its chest, revealing only drips of information – which must then be called into question, as Prairie is the very definition of an unreliable narrator. Naturally, then, the first series has created more questions than it has answered. Here, then, are seven burning questions we’d want answered in series two of The OA, should it get commissioned.

Did the OA make the whole thing up?

This question has been raised so vocally because of a discovery Prairie’s new pals made in the final episode: her bedroom was full of books that relate spookily to her supposed life story. She seems to have been hunkered down, reading about the Russian oligarchy, which she claims to belong to, as well as angels. Could she have used the books to draw inspiration for her fantastical tale?

What was the FBI counsellor doing at her house?

Throughout the show, Elias, the counsellor assigned to help Prairie work through her ordeal, has appeared impassive and professional. Yet in the final episode he is found to be sneaking about her house at night, which seems… unprofessional. Either he’s become so wrapped up in her admittedly compelling tale that he’s lost his objectivity, or he’s going the extra mile in trying to crack her case. 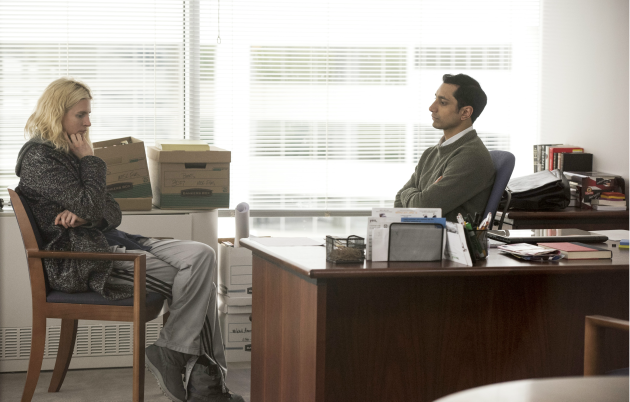 Homer: a fellow prisoner Prairie recalls meeting during her alleged period of abduction. French: the person who discovered the books under her bed. Yet the lines between the characters become blurred, because at one point French looks in the mirror and sees Homer’s image superimposed onto his own. Both French and Homer acquire scars on their foreheads throughout the show. Could Prairie have used the former as inspiration for her creation of the latter?

Was Prairie’s father the gunman? Or could it even be Homer?

Yeah, let’s talk about that controversial conclusion to series one, which bowed out with a school shooting in which Prairie is struck by a bullet from a gunman whose identity is not revealed. The Reddit boards are alight as to who might have committed the crime, with some suggesting it was Prairie’s father, from whom she’s been estranged for years. If you slow down one frame of the shooting scene, reckons an eagle-eyed Redditer, you can see that the gunman is blonde – just like her dad.

The Redditter posts: “It’s very quick frames, but we see the back of the head of the shooter. Blonde hair, and we also see a 1 frame shot of his eye before the bullet goes off that hits OA. His eyes are green. Now when OA told the others that she could see again, she looked at Homer and said “You’re eyes are the richest green” […] We know Homer didn’t have blonde hair, but we know her father did […]the shooter could be her father, or maybe even Homer.”

What’s the deal with the shooter’s identity appearing to change?

Basically, anything can happen in The OA. A shooter’s identity could change after they’ve done a shooting. Again, over to Reddit: “His appearance seems to change from the time he is outside and has longer hair with a middle part, to when he is actually inside the cafeteria and suddenly has short hair.” Is the shooter a whiz with a pair of clippers? Or is something more supernatural afoot?

Prairie hasn’t seen her father since she was a little girl, when she was told that he had died, a claim she never accepted as fact. If he is the shooter, it’s clear she was correct. If not, it’s one mystery The OA is yet to unravel.

Did she travel to the next dimension in the final episode?

One of Prairie/The OA’s bold claims is that she can access a portal to another dimension. She asks the local recruits to help her do so. As she’s wheeled into an ambulance after being shot, she calls to them, “You guys did it! Can you feel it?” Did… what? If you listen carefully, you can hear a ‘whoosh’ sound as Prairie enters the ambulance, which psycho doctor Hap reckons is the sound of the spirit passing from the body during a near death experience. But did she in fact travel to another dimension? Hopefully we’ll have some answers soon. Until then, we must comb the internet like Prairie searching for her father.