The Killers have revealed that they’re ‘nearly there’ in completing their long-awaited new album, adding that they’ll be performing new material when they play Hyde Park this summer.

The band have been working on their new album since September – recording in Las Vegas, San Diego, LA and Joshua Tree with U2 producer Jacknife Lee. As the band kick of their 2017 world tour, frontman Brandon Flowers and drummer Ronnie Vannucci told NME backstage at their show at the Parque Fundidora in Mexico that the follow-up to 2012’s ‘Battle Born‘ was “coming along”.

“It’s sounding good,” saidVannucci. “We have a problem with taking two steps forward and one step back, so that makes it take longer. We keep asking ourselves: ‘What does a four- piece band do? How do you keep it fresh?’ It’s a constant exercise in experimentation.” 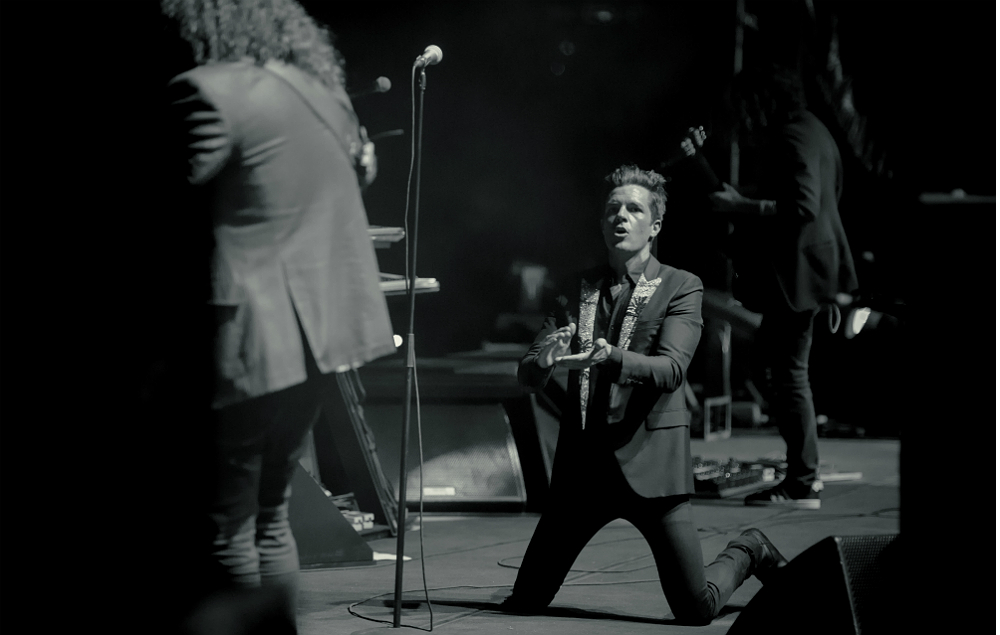 Vannucci continued: “We’re trying to arrive at something we’re all just a little bit uncomfortable with. When everyone is slightly uncomfortable, then we know we’re there.

“We’re just pushing it in different directions, then bringing it back and trying another direction.”

Revealing that work on the record was ‘nearly there’, Brandon Flowers then confirmed that they’d be performing new material at their upcoming British Summer Time headline show at London’s Hyde Park.

Vannucci added: “By then we’ll have some new shit for y’all.”

The band have recently teased a new song in a short trailer, and said that some of the songs were ‘the heaviest thing they’ve ever done‘.

The Killers headline Barclaycard British Summer Time on Saturday 8 July, where they’ll be joined by Elbow, Tears For Fears and White Lies.

The post The Killers give new album update and promise new songs at Hyde Park appeared first on NME.

Is The Killers’ new album currently being mixed?