The Eagles are reportedly suing a Mexican hotel named Hotel California over use of the phrase, which is the title of their most famous song.

According to Reuters, the band filed a complaint on Monday (May 1), arguing that the hotel – which is situated in Todos Santos,Baja California Sur – “actively encourages” guests to believe that the establishment is in some way associated with the band.

The lawsuit also alleged that the owners pipe in ‘Hotel California’ and other songs by The Eagles during guests’ stay.

“Defendants lead US consumers to believe that the Todos Santos Hotel is associated with the Eagles and, among other things, served as the inspiration for the lyrics in ‘Hotel California,’ which is false,” the complaint says.

The lawsuit is seeking a “variety of damages and a halt to any infringement”, according to the report.

It is also reported that the hotel was originally named Hotel California in 1950 – long before the Eagles track was released in 1976. However, the hotel went through a series of name changes before reverting back to its original name from 2001. 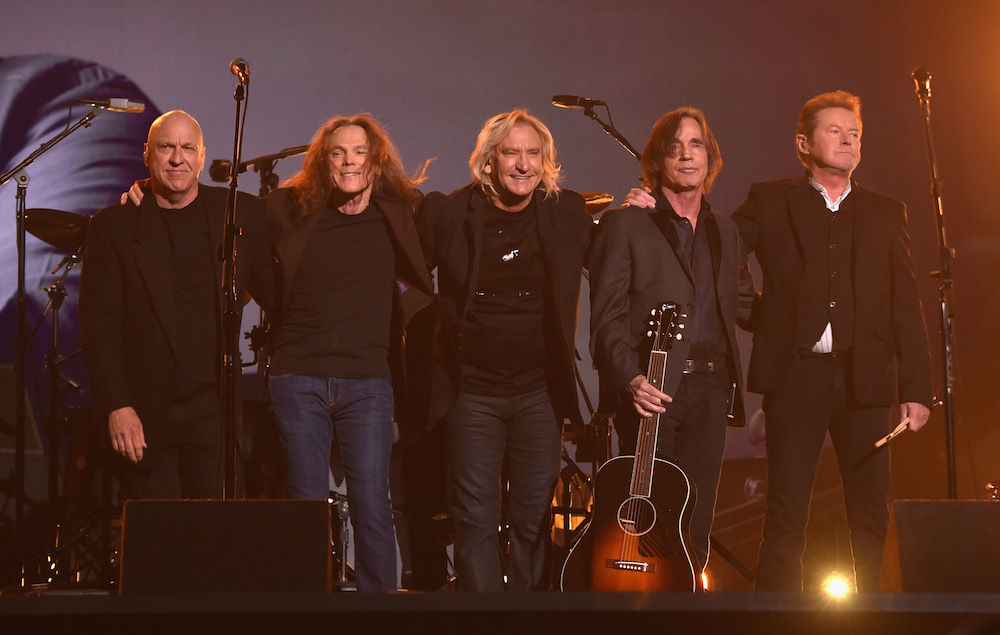 The Eagles’ Don Henley has previously clashed with Frank Ocean for alleged “song theft” in sampling ‘Hotel California’ on his 2011 track ‘American Wedding’.

Henley said in 2014: “Mr Ocean doesn’t seem to understand US copyright law. Anyone who knows anything should know you cannot take a master track of a recording and write another song over the top of it. You just can’t do that. You can call it a tribute or whatever you want to call it, but it’s against the law. That’s a problem with some of the younger generation, they don’t understand the concept of intellectual property and copyright.”

Henley went on to say that Ocean “was quite arrogant about it. We tried to approach him calmly to talk reason to him via his managers and his attorneys and he wouldn’t listen. So finally we threatened to bring legal action against him. He was clearly in the wrong. I wouldn’t dream of doing something like that. What kind of ego is that? I don’t understand it.”

Ocean had previously insisted that he was “paying homage” to The Eagles and didn’t deserve to be sued. Writing online he said: “Ain’t this guy rich as fuck? Why sue the new guy? I didn’t make a dime off that song. I released it for free. If anything I’m paying homage.”

The post The Eagles are suing Hotel California appeared first on NME.

BrewDog to launch a ‘beer hotel’ with beer breakfasts and spa treatments, and IPA-filled hot tubs