The Courteeners‘ frontman Liam Fray has responded to claims by Emily Eavis that the band could headline Glastonbury Festival.

The Glasto organiser was speaking to NME when asked about acts playing this year that are worthy of headlining – revealing that The National, Katy Perry and Biffy Clyro are also capable of topping the bill.

“There are bands that are really, really big that are coming through rapidly, and could easily be there in a couple of years,” she told NME. “The Courteeners are massive too! I mean massive! They’ve sold out The Etihad Old Trafford in Manchester, which is huge.”

When asked about Eavis’ claims, Fray told NME: “It blew my mind, I was loving it. It’s weird, because when you think about it, why not? I guess the only issue would be, for us, is would we have enough songs that everybody knew? 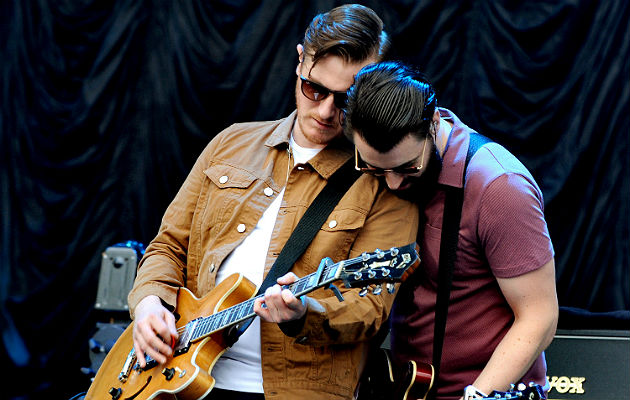 The Courteeners with support from Blossoms, The Charlatans and Cabbage will perform Manchester’s Emirates Old Trafford LCCC on Saturday 27 May. Tickets are on sale now and available here.

Emily Eavis also told NME that there would several ‘secret sets’ to celebrate the 10th anniversary of the Park Stage at Glastonbury 2017, revealed who’d be headlining The Other Stage, as well as teasing more ‘surprises’ coming on the line-up and when to expect the next announcements.

The post The Courteeners respond to claims they could headline Glastonbury appeared first on NME.