The writer socialite, TV presenter and model had a brain tumour

Tara Palmer-Tomkinson has been found dead after a three-month battle suffering from a brain tumour.

The socialite, TV presenter, writer, ‘it girl’, reality TV star, model and philanthropist was aged 45. She found dead in her London flat today.

“Police were called by London Ambulance Service at approximately 13:40hrs on Wednesday, 8 February to an address in Bramham Gardens, SW5,” a spokesman said. “A woman, aged in her 40s, was pronounced dead at the scene. Next of kin have been informed.

“Enquiries into the circumstances are ongoing. The Coroner has been informed.” 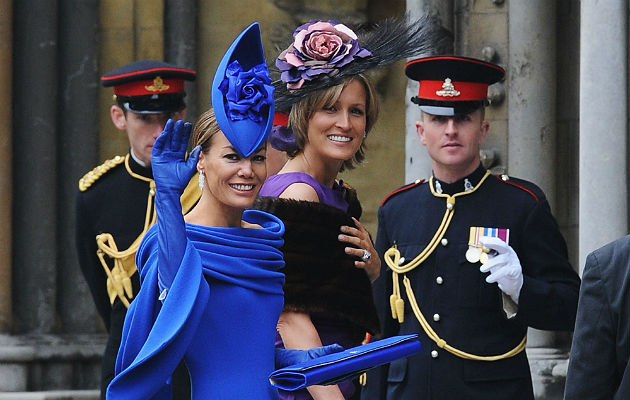 “I’m not the person I was, I’m much calmer. I don’t go to places like Ibiza because the party world scares me,” she told the Daily Mirror after being diagnosed with the tumour last year.  “It used to really matter what people thought and said about me. Now, it doesn’t bother me whether people write that I’m off my face, on my face, in my face, whatever. It’s all pretty trivial compared to [this].”

“I’ve carried this secret for a year. I wanted to deal with my illness privately but there have been so many rumours flying around.”

Her family are yet to issue a statement.

Palmer-Tomkinson contributed to The Sunday Times, The Observer, The Spectator, GQ and more during the 1990s, as well as co-writing the books ‘The Naughty Girl’s Guide To Life’, ‘Inheritance’ and ‘Infidelity’. In 2002, she appeared on ‘I’m A Celebrity…Get Me Out Of Here’, and worked as a presenter on shows including ‘Animals Do the Funniest’, ‘Junior Eurovision’, ‘The British Comedy Awards…Party On’, ‘What Kids Really Think’, ‘Popworld’, ‘Top of the Pops’, ‘SM:TV Live’, ‘Company Magazine Bachelor of the Year’, ‘Dumb Britain’ and more.

She was also known for her skills as a pianist, having performed at the Royal Festival Hall with the National Symphony Orchestra and elsewhere. She also supported numerous charities throughout her life, and was a patron of Blue Sky Autism.

Piers Morgan was among the first to pay tribute: