‘Gang Signs And Prayers’ is coming to a town near you

Stormzy has announced details of a mammoth UK tour. See full dates and ticket details below.

The ‘Gang Signs & Prayer’ takes its name for the grime star’s forthcoming debut album, which is due for release on 24 February and will see Stormzy call at 16 shows across the UK and Ireland – culminating in two massive nights at the O2 Academy Brixton.

“This is the moment that I have been waiting for my whole life,” said Stormzy. “I am now ready to certify my position as a credible artist and someone who is here for the long run.”

Stormzy’s upcoming UK and Ireland tour dates are below. Tickets are on sale from 9am on Thursday 2 February. 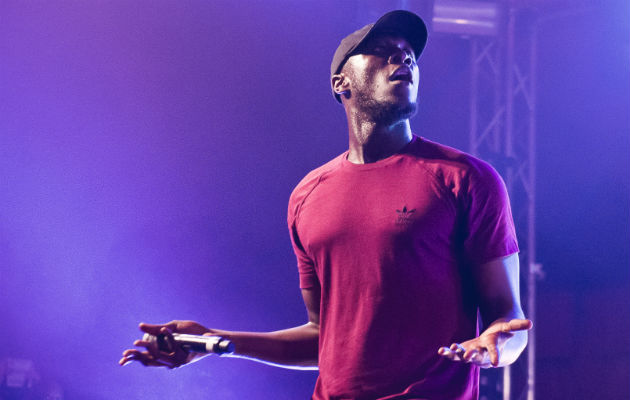 Last year Stormzy opened up about what to expect from his hotly-anticipated debut album – claiming that it will represent him as an ‘aggy little shit with a bone to pick’.

“So much has already happened and I’m still on album one,” he said at the time. “Maybe I should be on my second album now but I’m not, this is where I am. Most people’s first albums, they’re not talking about touring the world and winning awards. I was meant to still be in the ends with this one. So my album is a treasure in itself because it’s coming from such an unusual position as a debut.”

The tracklist for ‘Gang Signs And Prayer’ is: