Demme, who passed away on April 26, created the concert film to rule them all.

Boomboxes, baggy suits, pogoing, pendulum-swinging kneecaps – there will never be another film like Stop Making Sense. Part of this is owed to Talking Heads, a band at the top of their game turn 1983. But it wouldn’t exist in its dynamic, unique form if it wasn’t for director Jonathan Demme.

Demme passed away yesterday (April 26), almost 33 years to the day since Stop Making Sense came out in April 24, 1984. There are plenty more hallmarks from his career – horror standard-bearer The Silence of the Lambs, Denzel Washington-starring thriller The Manchurian Candidate. In fact, he had plenty of bigger fish to fry when he joined David Byrne and co. on the road in late December 1983, ahead of three nights at Los Angeles’ Pantages Theater. He also made concert films for bigger names, the last being Justin Timberlake’s Tenessee Kids in 2016. But with Stop Making Sense, he explored a weird, intimate side to live music, performance and the simple act of being in a band.

Most concert films are collectors’ items. They’re for the fans, picked up by those who witnessed the actual shows in the flesh as mementos of a night they’ll never forget. By default, they become dated the minute a band breaks up or upgrades their tour set-up into something more spectacular. But decades after Talking Heads disbanded in 1991, generation after generation has been given a glimpse into their strange world.

Again, the band were anything but ordinary. They did things on stage that others wouldn’t attempt. Like in the film’s opening scene, when Byrne opens a show with a stripped-back, acoustic version of ‘Psycho Killer’, nothing but an 808 beat by his side. He jabs his neck forwards like an ostrich, baggy suit trousers hanging over white socks as his foot taps to the rhythm. Some bands go bigger for the sake of it – and Talking Heads could deliver fireworks when they wanted to – but Byrne had a daring approach to theatrics, and Demme captured that. 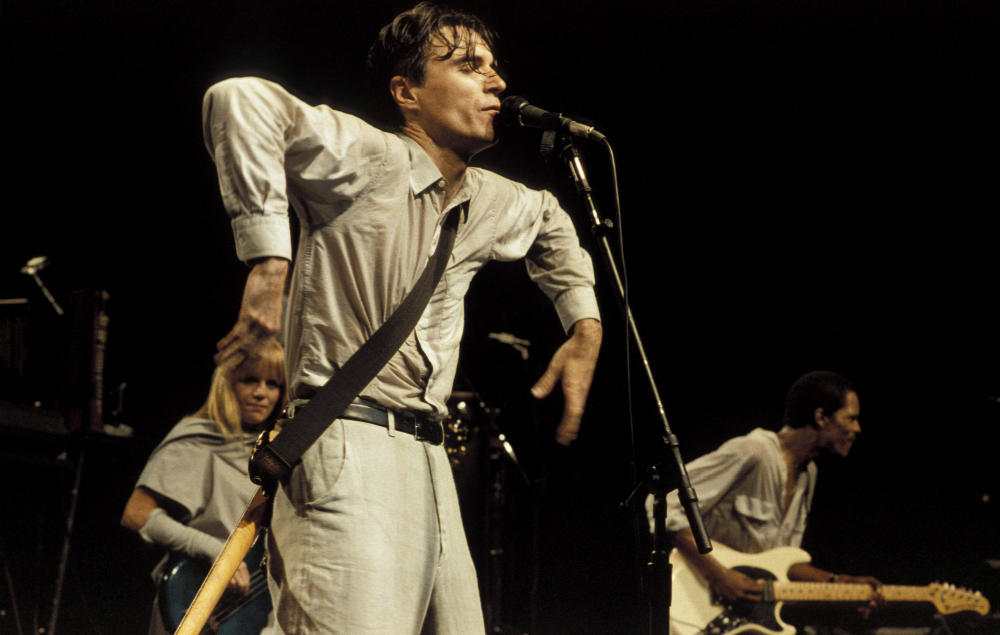 Equal parts bold, fun and frankly silly, their shows had a character of their own. And instead of honing in on a backing musician just for the sake of it, or panning across the front of the stage with a Pyramid Stage-like epicness, Demme did things differently. He’d film shots from the middle of the crowd, before every other bootleg YouTube took this perspective. “Jonathan’s skill was to see the show almost as a theatrical ensemble piece, in which the characters and their quirks would be introduced to the audience, and you’d get to know the band as people, each with their distinct personalities,” said David Byrne in a eulogy, posted after Demme’s death. “They became your friends, in a sense.”

These days, concert films give you the kind of perspective you wouldn’t even get from the front row – they witness scenes from a bird’s eye view, zoom in on a frontman’s face until you’re eye-to-eye with their nose hairs. It’s a wonderful thing in itself, but it’s nothing like the actual show. Demme captured what it was like to be there. And even if you were ten thousands miles from Los Angeles in 1983, you could imagine being down the front, dancing like a lunatic.

Billy Connolly to be awarded three 50ft murals across Glasgow

Radiohead reveal why ‘Lift’ never made it onto ‘OK Computer’