20 years and 10 albums in to their career, Kelly Jones tells us what to expect from Stereophonics in 2017

Stereophonics have spoken about their upcoming new album, revealing that it sounds ‘diverse’ and still speaks to ‘young people and the working classes’.

The band recently revealed that work was finished on their 10th album, with the follow-up to 2015’s chart-topping ‘Keep The Village Alive‘ expected later this year.

Now, frontman Kelly Jones has revealed what to expect form the sound and themes of the lyrics, speaking to NME about politics and staying true to their roots. Read our full Q&A with Jones below.

Where do you think your new album takes your sound from 2015’s ‘Keep The Village Alive’?

“I think we’ve had a really good run with the last few albums, they’ve been really well received and the shows have been good. The audiences have been getting bigger and more diverse –  there’s like 16 and 17-year-old kids in the front row which is really good for us. We’re starting to find new people at our shows as well as having people that have been following the band for a long time. The last few records and this one are quite varied, they’ve just been a series of work we’ve been doing since we’ve had our own little place to work and record. We’ve been making a lot of music over there and the albums are more like collections of work that we’ve recorded rather than going into the studio to make albums. We’re just recording, taking the best ones and working as a group really.”

It’s rare for a band on their tenth album to connect and engage with a younger audience, what do you think it is about these last few records that have caught the imagination of younger people?

“I don’t know. The band have been knocking about for 20 years this year, and we’ve never really let up on trying to find new sounds and try new things. We’ve never really harped on about the past and we’ve always tried to move forward. We’re always into new music, just trying to keep it moving. ‘C’est La Vie’ had a real punk element to it that people really liked, and ‘Graffiti On The Train’ was more cinematic and orchestral. I don’t really analyse it too much, we just keep making records and the gigs are just becoming bigger and bigger.

“Last year we had a great summer playing in stadiums, castles and arenas. It was a great summer for us so we’re not questioning too much, but we don’t want to be a band that has a re-hash of b-sides records to celebrate our 20th anniversary. We’d rather release a brand new album in our 20th year.”

What kind of sounds do you have on the new record that my surprise people?

“It’s a pretty big sounding record, as in it’s pretty anthemic. The last album we released on our own label but we just signed a deal with Parlophone. It’s always good to work with new people on different projects. They came down to listen to the new album and they were really into it. It’s got a lot of different sounds, it’s a very contemporary-sounding record. It sounds like us doing whatever it is we do in our 20th year. I dunno, there are ten songs on the album and they all sound different from each other, it’s just exciting to bring out some new music and play some new music.”

What would you say has been lyrically inspiring you over the last couple of years?

“I’ve always written about things that I’m going through, experience and people’s experiences around me. The climate of the world is very upside down right now, it’s all a bit bonkers I try to write through my own experiences of it. I’m very observational kind of writer. I write from the people’s point of view. The working classes. If it’s politics involved in my songs then it’s usually written through the perspective of a person, often myself, as opposed to literally talking about the powers that be. I’ve got the ‘people on the street view’ on things which is how I live my life really. I hang out with normal people and that’s what inspires me really.” 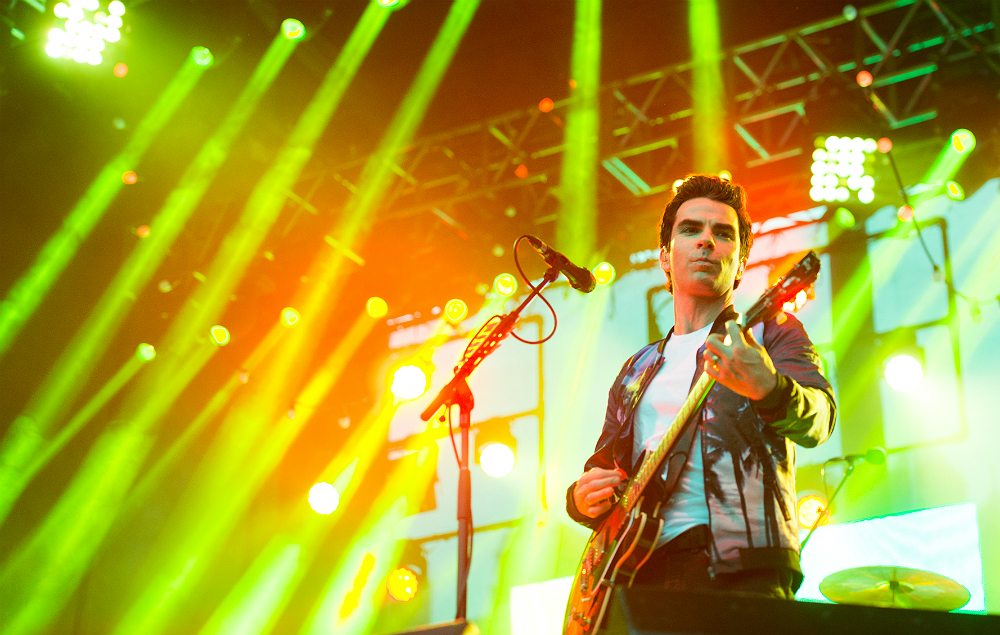 How would you say that political climate has affected people on the street level, and how has it inspired you?

“I’ve played in the Paris venues where the shootings happened, I’ve walked down the streets where there have been other attacks,  I’ve travelled around the world. One minute you think a city is safe then the next thing, something happens. We’ve had Brexit and the US elections. I’ve tried to make a record that’s very optimistic and hopeful with a message about what we’re all experiencing. I’ve been through many ups and downs in my own life but in my own experiences if you can work through your problems, there’s a light at the end of the tunnel. That’s what I’m trying to offer with this album. Which I guess is why we’ve started to get a younger following and book these bigger shows. I feel really confident in what we’re doing.”

Over the last 20 years you guys have survived all the fads and trends by being true to yourselves, your fan base hasn’t really waned. What do your fans expect you?

“I think the fans never really know what to expect with us. From the outsider’s point of you, we’re a big radio band that play stadiums and festivals and our songs work for a big following of people. But those people that know the music, know that our music is always different. But I understand that some people know our songs for a radio. To me our fans never know what to expect from us, they didn’t expect us to go so left-field for ‘Graffiti on the Trai’n, we went completely against radio, ironically we had five radio hits on that record. It won’t consider what people think until the album is actually out there that and then I begin to start thinking about how it will be received.”

So what is it that you worry about?

“You’re living up to your past really, and I want to people to appreciate the music we’re making now as much as they did before. I want a element of ‘fuck I didn’t expect that!’ I just want to surprise people but I want people to respect that we’re trying something new for our 20th year. That’s the most important thing for me, if I surprise myself then I’m gonna surprise other people. They might love it or a hate it. There’s always a risk that people might not want to hear and that was what I meant by worrying about it.” 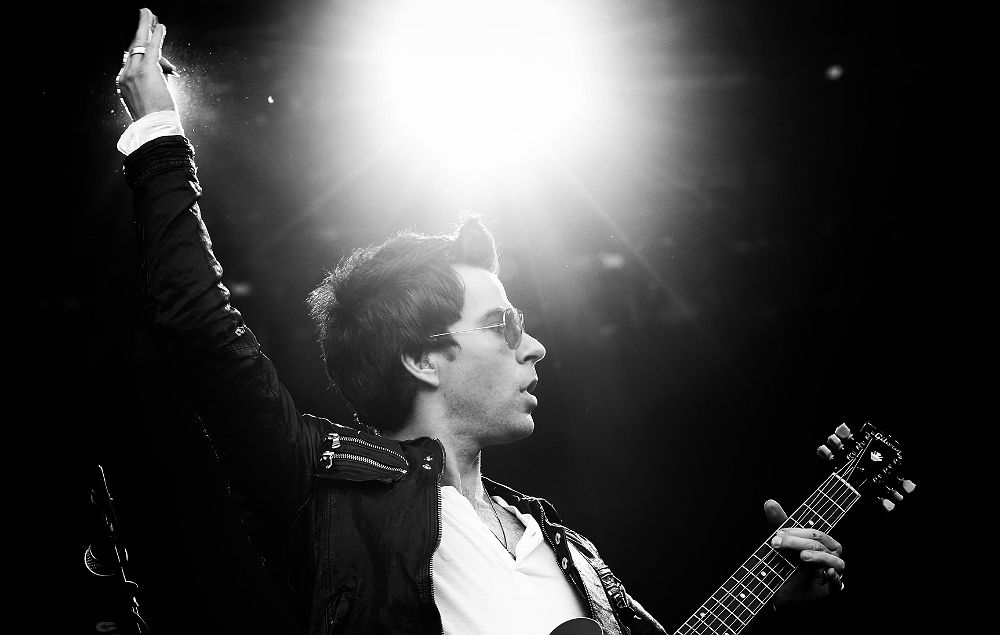 Are you past the point where critical acclaim means anything?

“As a kid, I never really read much music criticism – I just listened to a lot of it. I was into music so I didn’t really need a tap on the back from someone I didn’t know anyway. I don’t really channel those things any more. I like making the music and seeing how the people like it that are in front of me.”

What new music are you into at the moment ?

“I liked the new Kendrick Lamar album. But I go for different things all around. I just dip my toe in.”

And finally, you’ve got some big shows this summer – headlining festivals like Kendal Calling…

“I’ve never been to Kendal Calling,. We try to do new festivals and I’ve heard that this one has won a lot of awards and people are really into it. We do all the big ones, like V, but a lot of festivals are changing into a pop format at the moment, so we have to be careful where we slot ourselves in. I’m looking forward to seeing Slaves and Brian Wilson. It doesn’t seem to be limiting itself to anything, which is good.”

The post Stereophonics on their new album: ‘We’re still talking to young people & the working classes’ appeared first on NME.

‘Halfway through a fight scene, I almost passed out’ – the cast of ‘Iron Fist’ spill some beans on Netlfix’ new Marvel series