Sir Ian McKellen has revealed why he didn’t take up the role of Dumbledore in the Harry Potter films.

McKellen was in the running to fill the role in the film adaptations of J.K. Rowling’s wizarding novels following the death of original Dumbledore actor Richard Harris in 2002 – shortly before the second Harry Potter film, The Chamber of Secrets, was released.

The actor has now explained why he opted not to follow Harris in taking up the role, citing criticism the late actor had given of McKellen’s acting style (“technically brilliant, but passionless”) in the past.

Revealing that Harry Potter producers contacted him after the release of the second film to see if he was interested, McKellen recalled in an interview with BBC’s HARDTALK: “When [Harris] died – he played Dumbledore, the wizard [while] I played the real wizard [Gandalf], of course – [the producers] called me up and said would I be interested in being in the Harry Potter films, they didn’t say what part. 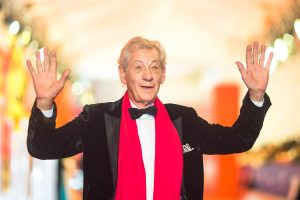 “But I worked out what they were thinking. I couldn’t take over the part from an actor who I know disapproved of me.”

McKellen also spoke about how he still gets confused for Michael Gambon, the actor who actually went on to play Dumbledore, by fans.

“Sometimes when I look at the posters of Michael Gambon, the actor that gloriously plays Dumbledore, I sometimes think it’s me. You know, we get asked for each other’s autographs!”

Meanwhile, McKellen will reprise the role of Gandalf in a forthcoming one-man show in London.

The post Sir Ian McKellen reveals why he didn’t play Dumbledore in the ‘Harry Potter’ films appeared first on NME.

Miriam Margolyes lashes out at reporter over ‘Harry Potter’ question