Singer-songwriter makes a rare public appearance without her trademark disguise.

Sia has made a rare appearance in public without her trademark disguise.

The Australian singer-songwriter is known for hiding her face with a wig when she performs, but she was photographed at LAX airport earlier this week without anything obscuring her features.

Though she always performed without any kind of disguise earlier in her career, during the campaigns for her last two albums, 2014’s ‘1000 Forms of Fear’ and 2016’s ‘This Is Acting’, she has rarely been glimpsed in public au naturel. 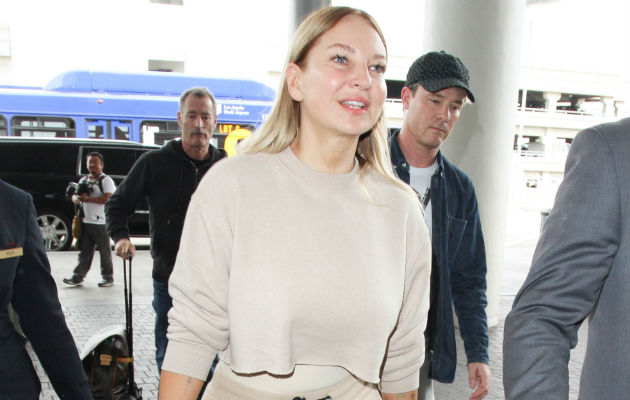 She recently called on Kanye West to go fur-free when he compiles future fashion lines.

The rapper’s Yeezy Season 5 line appears to include several large fur coats and fur accessories. Taking to Twitter, Sia wrote; “Dear @kanyewest would you consider going fur free? This is the reality of fur for fashion – it’s so sad.” She added a YouTube video called ‘Under the Fur Coats: Rabbits’ Screams of Death’ to the tweet.

Sia also showed her activist side in January when, like Grimes, she pledged to match donations to a charity fighting Donald Trump’s immigration ban.

She said on Twitter that she felt compelled to help “help our queer and immigrant friends”.

PETA slams Rihanna and sends her a faux-fur coat