What happened next to the ’24 Hour Party People’?

Happy Mondays and Black Grape frontman Shaun Ryder has opened up about reaching his peak after he stopped ‘getting off his face’.

The Manchester music veteran, infamous for his debauched antics and drug abuse in the ’80s and ’90s, says that he’s not much more able to enjoy his life in the industry and on the road. His bandmate Bez also recently revealed that he ‘only takes organic drugs now‘.

Speaking of life now in the recently reformed Black Grape, Ryder told NME: “20 years ago, apart from the drummer, everyone was a party-head, everyone liked getting off their faces, it was one big party. Now the guys we’ve got in the band, they’re all in their mid-30s, they really are musos and they’re really good.”

Asked if it was still ‘great when you’re straight’, Ryder replied: “It’s actually better, mate! If somebody had told me years ago how simple it’d be. You get off your face and everything because you think it’s gonna make things easier, but now I’ve probably got a busier schedule, I’m doing more than I’ve ever done, and there seems to be more time. If someone had told me how easy it could be I’d have probably poked them in the eye. I seem to spend more time at home as well.

“The first time around I was a kid having kids, I was building a career and I never got to se my kids. I’m lucky enough to do it again so it’s good. It’s so simple. The Mondays is better than ever, we’re all old farts so all the bullshit that goes with being young and all the crap that you’re arguing about just means nothing. We’re playing better, we’re all enjoying it more. Back then it was just as important for us to get off our faces and party, in fact that was probably more important to some of us than playing the shows. “

But do Ryder and his bandmates still have any vices or get up to any antics?

“Once you get in your 50s, and we all are, well in our 50s, you’re just so far away from that scene. It’s great what you do in your youth and your 20s but for us it’s totally different, for me it’s totally different. I enjoy where I am now just as much as I did then. On the writing front, I think we’ve topped the first album. We had certain restrictions on the first album, at the time there wasn’t many people who was a black guy and a white guy trying to do hip-hop, especially in the States. What we had to cater for was that big white rock audience, to make it grow we had to have a few rock tunes in there so it didn’t quite come out the way we’d have liked it. On this our writing’s better, we’re not feeding habits anymore or living in that world where that was very important to us.

“Sex and drugs has gone, it’s rock’n’roll. It’s not that it’s boring or you’re not gonna have any ideas, this album is just as good and writing-wise even better.” 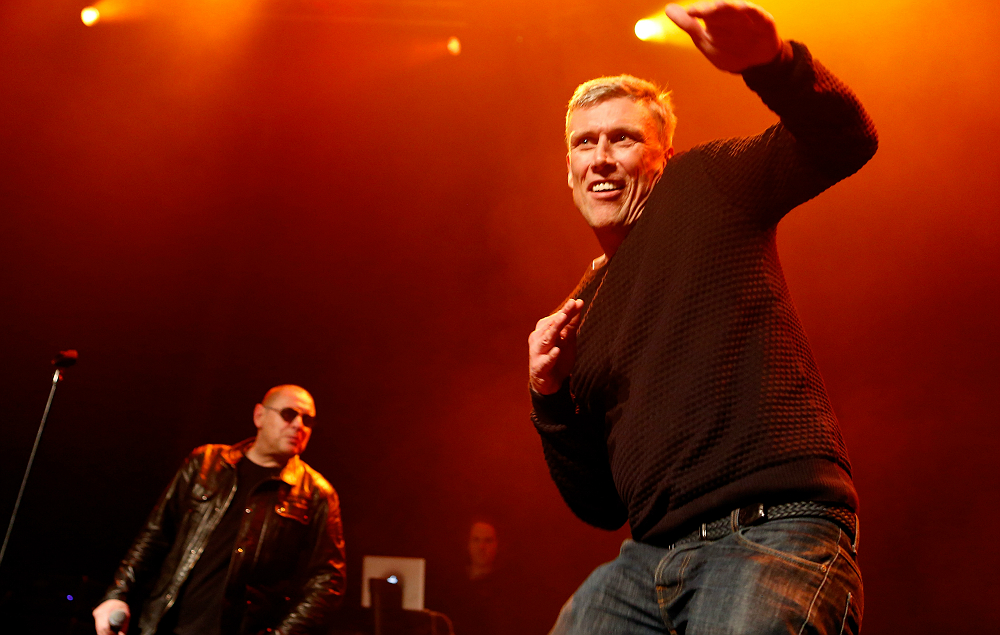 The Happy Mondays are touring

Meanwhile, Happy Mondays are heading out on a greatest hits tour to celebrate 30 years since the release of their debut album, ‘Squirrel and G-Man Twenty Four Hour Party People Plastic Face Carnt Smile (White Out)’.  Tickets are available here.