Incident took place at the Ryman Auditorium in Nashville during 2002

Ryan Adams has detailed an infamous incident that involved him storming offstage after a heckler called for him to play similarly named singer Bryan Adams’ ‘Summer Of ’69′.

The incident took place at the Ryman Auditorium in Nashville during 2002 and saw an audience member yelled a request for the song for Adams’ entire solo set in 2002. Adams eventually departed the stage to ask the individual to leave.

The heckler later became a common source of ridicule towards Adams, who told Spin that such hecklers were “a bunch of fucking cocks”, adding: “They come to my shows just to provoke me. I had to go into therapy because of whole Bryan Adams ‘Summer Of ’69’ thing.”

Now Adams has penned a piece for the New York Times in which he discusses the original incident. He writes: “Sometime between the fifth and sixth songs, a warbly, cruel male voice yelled out a song request. The voice became louder and more frequent, even in the middle of a song during a hushed moment. It was impossible to ignore, being only one person up there onstage, two old-fashioned microphones turned up loud so I could play as quietly as I did. The voice got so loud that it was making its way into the mikes and shooting back to the audience. This dream show was turning into a fight to survive my own nerves.”

“Suddenly that voice yelled the song that would then follow me for nearly 15 years: ‘Summer of ’69,’ by Bryan Adams. Before I could start the next song, the voice bellowed again. I recall looking down the long, dark aisles to see the security guards doing nothing. Had this never happened before? People were yelling, and a small scuffle seemed to happen in the back. I so desperately just wanted to play.”

“I finally had enough and piped up: ‘Who is it? Who is shouting? Tell me who it is!’ I asked the person to raise his hand so I could see him. He did not. Finally people pointed furiously to a seat not far from me in the front. I walked down the few wooden steps in front of the stage to the aisle where all the fingers pointed.”

“By the time I got there, I was so angry. I felt humiliated, but what else could be done? Either way I had lost something. Unlike a more seasoned comic or musician, I didn’t have the experience to ignore a situation like this, or to use wit to turn it around. I felt a kind of disappointment and disillusionment that I had never known — and it was in front of a thousand-plus people.” 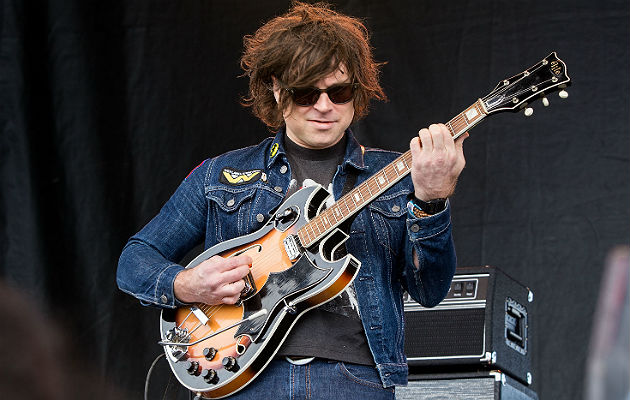 “As I approached the heckler’s wooden pew, I was shocked. He was only a few years older than me. Unshaven, bleary-eyed. He had on a baseball hat and seemed so drunk that his limbs hung from his sides like a broken doll. His eyes were like two poached eggs waiting to break. The anger left me, and I instantly felt bad. No one was there for this man. No one stopped him.”

“I said, ‘Hey man, if you were trying to ruin the show you succeeded, but I need to try and finish this — it’s my job.’ I pulled out two $20 bills and said: ‘Here is your money, please take a taxi and leave here. Go home and take an aspirin. Please. Leave.’”

“I walked back to the stage. People applauded. The fourth wall was destroyed in the worst possible way. But this moment, where I decided to do what the security and the people around him would not, felt genuine. It is what I would have done if I were in the audience.”

Adams goes on to bemoan how the incident soon turned him into “a joke”, arguing that “all of my hard work was lost in a story… I soon became an attraction for people who wanted to pay money to hurl insults at someone. They wanted to yell that song like it was some magical power that would transform me into a Golem.”

However, he says that over time he has learned to embrace the incident. In 2015, Adams covered ‘Summer Of ’69’ at the same venue. He has even become friends with Bryan Adams himself.

He adds “I would never change what happened. But looking back, in all honesty, I would have shouted something else. I would have screamed Bryan Adams’s ‘Run to You.’ That song is my jam. And after playing ‘Summer of ’69’ a decade later in the same venue, I must admit that is one hell of a challenging bridge. But as fine a bridge as I have ever crossed.”

Ryan Adams’ new album ‘Prisoner’ will be released on February 17.

Watch a stage invader crash the final of ‘The Voice’