Pink Floyd‘s Roger Waters spoke to The Guardian recently about turning ‘The Wall’ into an opera and how the classic album is more relevant than ever in the age of President Trump.

The 1979 album is being rewritten into an opera format in collaboration between the Pink Floyd bassist and Opéra de Montréal. The performance debuts on March 11 in Montreal.

In the interview, Waters was happy to admit that the story of ‘The Wall’ has been adopted by the current political climate. Waters has been vocal about his dislike for Trump in the past, even including giant, super-imposed pictures of Trump with members of the Ku Klux Klan in his live shows.

The film version of ‘The Wall’ features sequences envisioned by Waters of Neo-Nazi dictators conducting rallies. So naturally the music legend had a lot to say about the new President. 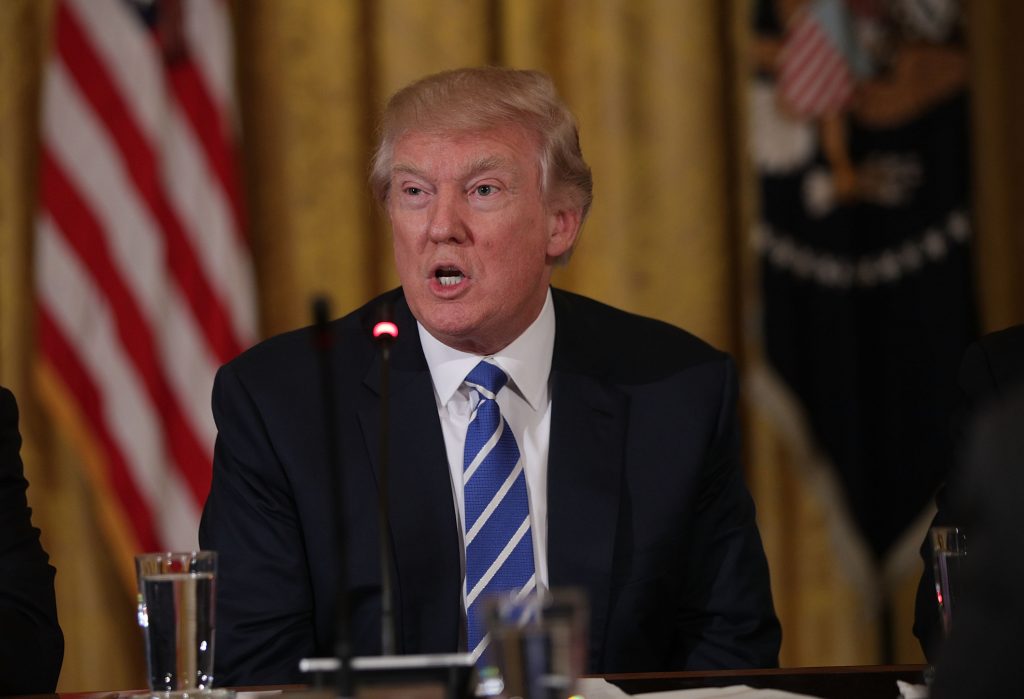 “Any despot, whenever they build a monument to themselves, whether it’s Ceaușescu, or Saddam Hussein, or Donald Trump, they always look exactly the same,” he began.

“Weirdly, these people have bits missing from their sensibility, so it’s almost as if they build the monument to themselves from a despot catalog and it’s always full of marble and gold taps”.

“[Look at] Trump Tower on Fifth Avenue in New York City. It’s perfect. Trump with his gold taps and his all of that. It’s the perfect symbol of everything we need to steer clear of”.

Waters was particularly critical of Trump’s complete disregard for empirical evidence. “The Americans have just elected somebody to power in this country, the president, who does not believe in climate change. He believes it’s an invention, he doesn’t believe in it”.

“That’s the end of the story. He thinks it’s something that people have made up, and he managed to convince a number of other people of that, just by stating it. You just state it. You state the big lie often enough and people will believe it.”

Read more: Every time Trump was called out at The Oscars 2017