“I don’t know why people want to see these horrible things, what’s the point?” says the director of Hackney’s clown museum.

The first trailer for the remake of Stephen King’s It has attracted criticism from real-life British clowns.

The trailer, which left audience members at SXSW screaming, debuted on March 29 and racked up a record number of views in its first 24 hours.

However, some members of the professional clowning community are less than impressed. Celine Harland from Glasgow – who has performed as Tickles the clown for 17 years – told the Press Association: “It’s a horror movie and it affects people’s thoughts and opinions on what a clown is. Unfortunately, it’s not like Jaws which is unrealistic, we do have clowns in society, and yes it will affect business, of course it will.”

Harland added: “I have parents and teachers phoning me… they’re scared to hire you for 35 kids in case they’ve got one child who will be upset.”

Read: Stephen King’s ‘It’ – everything we know about ‘Part One – The Losers Club’

Matthew Faint, director of Hackney’s clown museum, also expressed disappointment with the trailer, saying he finds the appeal of Stephen King’s It hard to decipher.

“It’s a horrible movie and we’d like to distance ourselves from the subject of scary clowns,” he said. “We fight our corner as proper clowns because it’s basically a scary character in a clown face which we don’t think much of.”

“There’s just so many horrible movies out there … clowns that eat people or whatever. It takes people’s minds in the wrong direction. We don’t need it. It’s bad, it’s disgusting,” he added. “It’s sensational rubbish. I don’t know why people want to see these horrible things, what’s the point? I don’t understand people’s mentalities.” 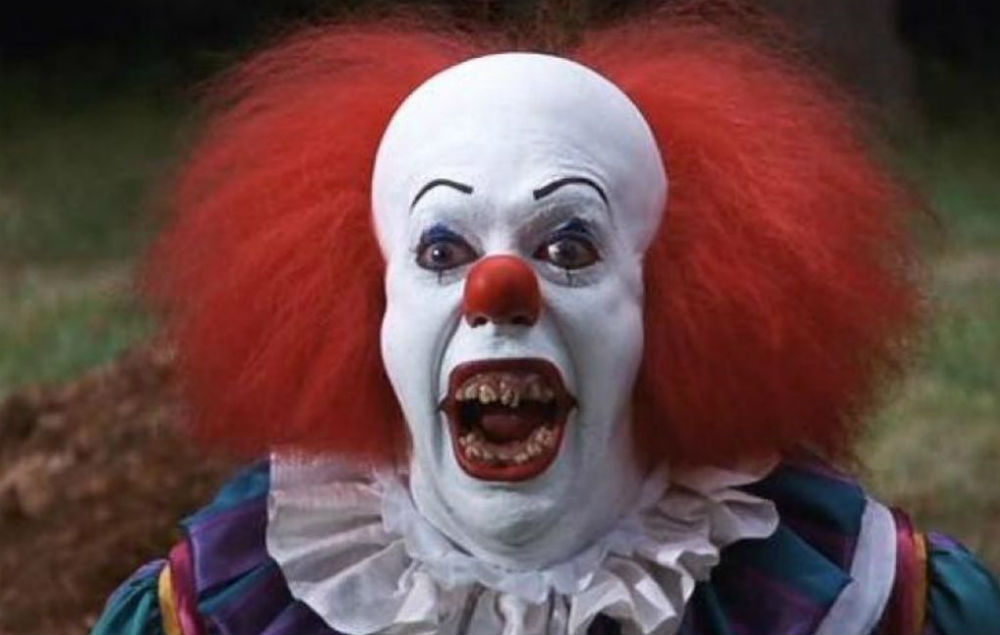 Tim Curry as Pennywise in Stephen King’s IT

The R-rated film adaptation of King’s 1986 novel is set for release on September 8 this year. Bill Skarsgård stars as Pennywise, following in the footsteps of Tim Curry, who famously portrayed the creepy clown in a popular 1990 TV miniseries.

Mama‘s Andrés Muschietti is directing from a script co-written by True Detective and Beasts Of No Nation film-maker Cary Fukunaga.

On of the film’s producers, Seth Grahame-Smith, recently revealed that Stephen King has given the remake his approval.

The film’s cast also includes Stranger Things actor Finn Wolfhard, who is playing Richie Tozier, a member of the so-called ‘Losers Club’. The first photo of Bill Skarsgård in character as Pennywise the clown was released last summer.

The post Real-life clowns hit out at ‘disgusting’ trailer for remake of ‘Stephen King’s It’ appeared first on NME.