After years on the fringes of the UK hip-hop scene, Rory Graham – AKA Rag’n’Bone Man – has struck gold with his massive hit ‘Human’. Hamish MacBain finds the Brighton bluesman adjusting to a new life in the spotlight

The ‘Elton John Call’ has, for a long time now, been as sure a sign as you can get that an up-and-coming singer is doing better than OK. And Rag’n’Bone Man – AKA Rory Graham – has just had his. “It was an unknown number,” he remembers. “And I don’t like answering unknown numbers. But all the people I was with in my manager’s office were like, ‘Nah, answer it’. I answered and he’s like, ‘Dahhhling, it’s Elton!’ I just went, ‘F**king hell.’ He just goes, ‘F**king love you, I think you’re brilliant.’ He’d just rung to say how good he thought I was and how he loved my material. It was great!”

The song that piqued Elton’s attention – and a lot of other people’s too – was, of course, ‘Human’, Graham’s bluesy, smoky lead single from his forthcoming major label debut. It’s one of those songs that has, for reasons that neither its creator nor anyone else can quite ascertain, taken on a life of its own. Intended as “a little ramp to the record”, it’s exploded out of all proportion since its July 2016 release: omnipresent and rising as far as Number Two in the Christmas chart, it was even performed on The X Factor by Emily Middlemas (“I thought she sang it quite well, to be honest,” says Graham), after which Simon Cowell declared, “No one has heard this song, but it’s going to be a huge hit.”

Note to Cowell: ‘Human’ had been in the charts for a long time prior to his prediction. Not only that, but it had been doing unbelievably well all over the world – particularly in Europe, where it reached Number One in 10 countries. In Germany, it remained on top of the charts for over three months, making Graham one of the most recognisable British faces there right now. Well. Sort of.

“We were in Hamburg,” he smiles, beginning a story that he knows is a good one, “and the night before a show, one of the guys was like, ‘We should go to the Christmas market on the Reeperbahn.’ So we all went and it was f**king brilliant. I’d noticed people, like, looking at me a little bit more and I was like, ‘Was this a good idea?’ Then this one guy came up with his girlfriend. He said, ‘Excuse me, but you look like Rory Graham.’ I was like, ‘Oh right, yeah.’ He got a picture of me up on his phone and showed it to me. He was like, ‘You look like him!’ And I was like, ‘Yeah, I do a bit, don’t I?’ then walked off and swiftly made my way out of there. “Then we had security going to the airport,” he continues, “with people giving me high fives through security and stuff. I don’t mind being recognised, as long as people are nice. I do like meeting people, it’s just that some people are a bit disrespectful… Sometimes it’s like, I’m having a roast dinner and someone’s taking a picture of me. I don’t mind taking pictures, but just ask, otherwise it’s a bit weird. People are obsessed by pictures these days. They just want to say they met someone, have the evidence.”

This is true, but the fact is Rory Graham is going to have to get used to many more fans claiming their piece of ‘evidence’ over the coming months. Following on from the runaway success of ‘Human’, he’s been named the winner of the BRITs Critics’ Choice Award (previous winners including… oh, you know), beating off competition from Anne-Marie and Dua Lipa. It came as a surprise to him. “When I was first nominated,” he says, “I thought, ‘Oh, they’ve just put me in there because they had to put someone in that’s a bit more left-field.’ I did convince myself that I wasn’t going to win.” 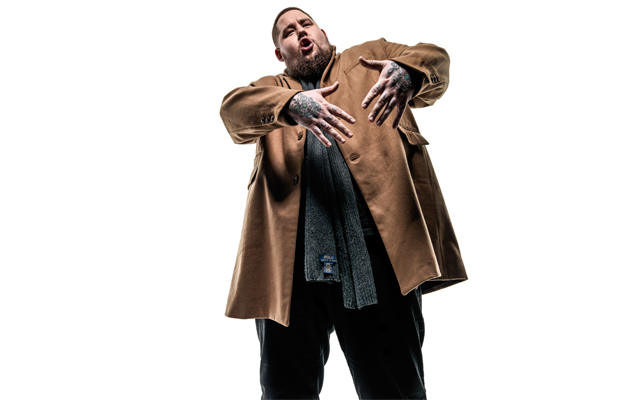 Graham says he doesn’t really care about being famous. “In fact, I don’t really want it. If I could erase that side of it, then that’d be cool, but… I think you can’t concern yourself with the fame thing, or with what people say about you, because there’s a lot of d**kheads in the world and unfortunately social media has given those d**kheads voices. I just block everybody now. I’ve got a bit of a temper and sometimes I’ll just bite, so I’ve had to learn to be like, ‘OK, instead of that I’ll just f**king block you straightaway. I don’t want to know your b*****ks’.” While his success may seem to have come overnight, it’s the culmination of seven or eight years of hard work – and it has its roots in the UK’s underground hip-hop scene.

Now 32, Rory Graham was born in Uckfield, a small town in East Sussex. From the age of about 16, he wanted to be a jungle DJ or MC and put on parties in his local area “just with mates and stuff. We’d put on a night in the local pub, then get kicked out.” In 2008, he moved 18 miles up the road to Brighton and immersed himself in the then-vibrant hip-hop and open mic scene. “At the start it would kind of been more about freestyling,” he says. “But then I started to sing over the beats. And then came a realisation that maybe I was alright at rapping, and people seemed to enjoy it, but when I sung it was a real difference. Just the reaction of people, I was like, ‘I think I should do that, ’cause it feels better.’ He’s being modest here. The voice that characterises Rag’n’Bone Man’s music is truly a showstopper, sounding like it’s emanating from someone who grew up in the Deep South of 1950s America rather than a rainy British seaside town. Surely he must have known it was something special? “Well, I realised it was in tune,” he shrugs. “I realised it wasn’t bad, but I didn’t realise that it was distinctive or that there was anything particularly different about it. It was when old dudes would come up to me at jam nights and be like, ‘I’ve been playing for 40 years and I have to say your voice is f**king incredible’ and stuff like that. Then I’d be like, ‘Well, if they’re saying it, there must be some sort of truth to it.’” 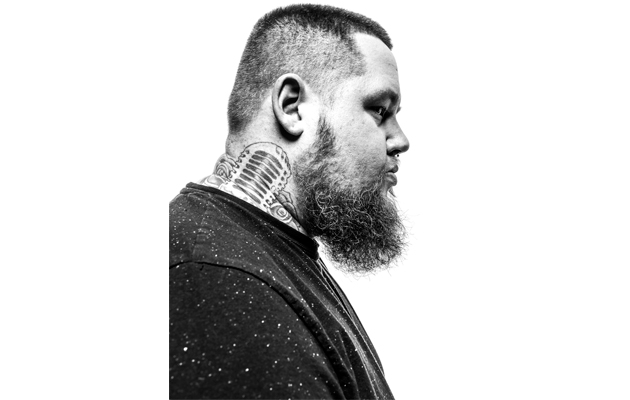 Having found his voice, Rag’n’Bone Man initially struggled to fit into the scenes around him, so different was what he was doing. But quickly the UK hip-hop community, he says, “really embraced me. Everybody got on board and I gained a really cool fanbase through that. I was able to do festivals and bigger shows and stuff, even when I’d only put out a few little projects. It was pretty cool, really.”

He self-released a couple of records, but soon “felt limited” by the constraints of both hip-hop and blues, and started looking for ways to develop his songwriting. Fortunately for him, he bumped into an old schoolfriend from Uckfield, Mark Crew, who’d been busy producing Bastille. Together, they developed the songs that would make up 2014’s ‘Wolves’ EP. The resulting publishing deal allowed him to ‘give up the day job’ – he used to work as a carer for people with Asperger’s and Down’s syndromes – and ultimately started to attract the attention of major labels. “I was a little bit scared of all that at first,” he notes, “’cause I didn’t really have any knowledge of the music industry above ground. On a grassroots level, you do everything yourself and you have 100 per cent control. So it was like, if these big guys are interested in me, what do they want out of me?” He signed with Columbia, feeling they were happy with him the way he was, but he’s still wary of other major labels. “They want to make you the next someone else,” he continues. “And I’ve never heard that about myself, which is nice. It’s never been ‘You’re the next such and such’ because they can’t figure it out. They can’t fit me in a box, which is good. I’m not really box-sized, am I?”

The next step for Rag’n’Bone Man is to get the album out in the next couple of weeks. It’s also called ‘Human’, but anyone expecting it to be just The Big Single and 10 more songs that are a lot like The Big Single will be disappointed. It’s the opposite: a super-eclectic selection of songs, of which “50 per cent was written in the last year, and then stuff that I couldn’t let go of. Like, there’s a song from ‘Wolves’ called ‘Life In Her Yet’ which I wrote in, like, 2013. I didn’t feel like enough people had heard it, so I felt it had a place on the album.

“There are really three parts to the album and there’s, like, quite a lot of hip-hop on there. I guess it is a worry that people who love ‘Human’ might think they’re buying the album and that’s a blueprint for it, but it’s definitely not. Hopefully they’ll be pleasantly surprised.” He is, he notes, slightly daunted by the fact that he can’t see a gap in his schedule until 2018. But Rory Graham is also lucky to have a great support network of people around him: from his girlfriend of eight years (“She doesn’t ring me up and go, ‘Oh, this is really hard.’ She just gets on with it”) to the crew that he used to – and when he can, still does – do shows with all over Brighton at all those open mic nights. He knows exactly what he wants to do, and who he is, and who he wants to be. And that’s something that no troll can spoil for him – something that’s much, much more important than any award that anyone can give him.

The post Rag’n’Bone Man: The unstoppable rise of the 21st-century blues man appeared first on NME.

Feist and Jarvis Cocker team up for new track ‘Century’