For example, Tarantino nearly scrapped the entire film to turn it into a play.

Across the panel conversation, certain secrets were brought to light – as Variety report.

Reservoir Dogs was almost a play

During a section of the talk, Keitel brought up how rigorous the rehearsal process was for this film. “We had two weeks of rehearsal, which is unheard of in Hollywood,” he said. “We actually almost went to four, because Quentin thought at one time about doing a play.”

One of the most standout moments of the film is when Mr. Blonde tortures a captured police office while dancing to the Stealers Wheel’s classic. However, that dance came out of nowhere. “I didn’t know what to do. In the script, it said, ‘Mr. Blonde maniacally dances around.’ And I kept thinking, ‘What the f**k does that mean? Like Mike Jagger, or what? What the f**k am I gonna do?’”

In one screening, 33 people walked out of the theatre

This is by no means a film for weak-stomached. The audiences of 1992 weren’t ready for the viscera of ‘Reservoir Dogs’ as Tarantino remembers: “I started counting the walkouts during the torture scene. 33 was the largest walkout.” 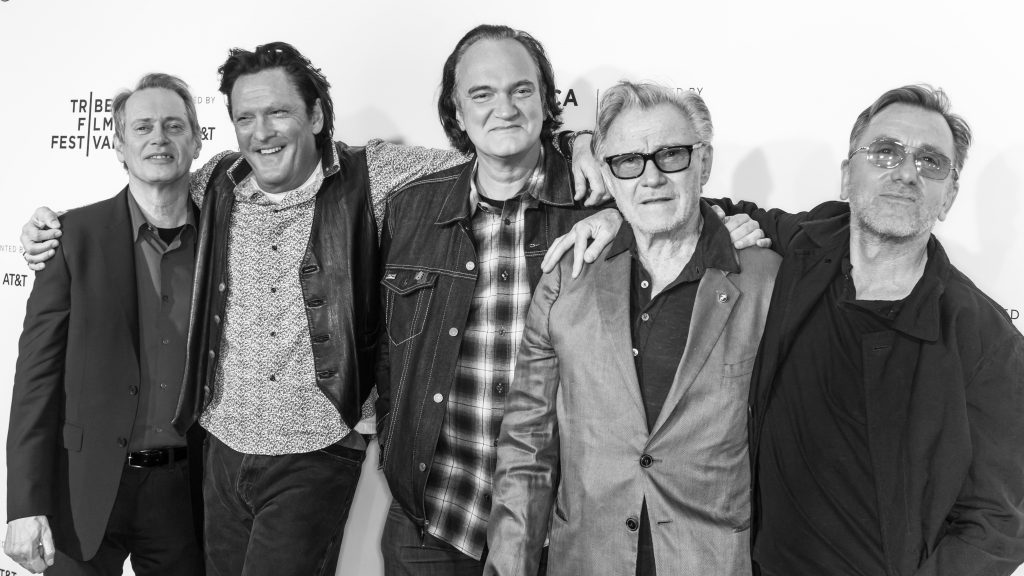 Last year, Tarantino (once again) confirmed that he plans to retire after his 10th movie. It’s not etched in stone, but that is the plan,” he said in 2014. “If I get to the 10th, do a good job and don’t screw it up, well that sounds like a good way to end the old career.”

Behind the scenes at the VO5 NME Awards 2017