The ‘queer punk’ duo released an initial statement responding to allegations of historical sexual assault last week after Hopkins was described by one social media user as a “known sexual predator” and was alleged to have made “unwanted advances on minors”. A Jezebel article was later published detailing an alleged sexual encounter between Hopkins and an anonymous woman who claimed to have been “assaulted while intoxicated by Hopkins after a PWR BTTM show last year”.

Responding to the initial allegations, the band wrote: “The allegations come as a surprise, but we are trying to address them with openness and accountability.” Read their first statement here.

In the days following the controversy, two of PWR BTTM’s touring members quit the band, support acts for their upcoming tour have pulled out, festivals including Hopscotch and Bled Fest kicked them from line-ups, and they have been dropped by their management and record label. 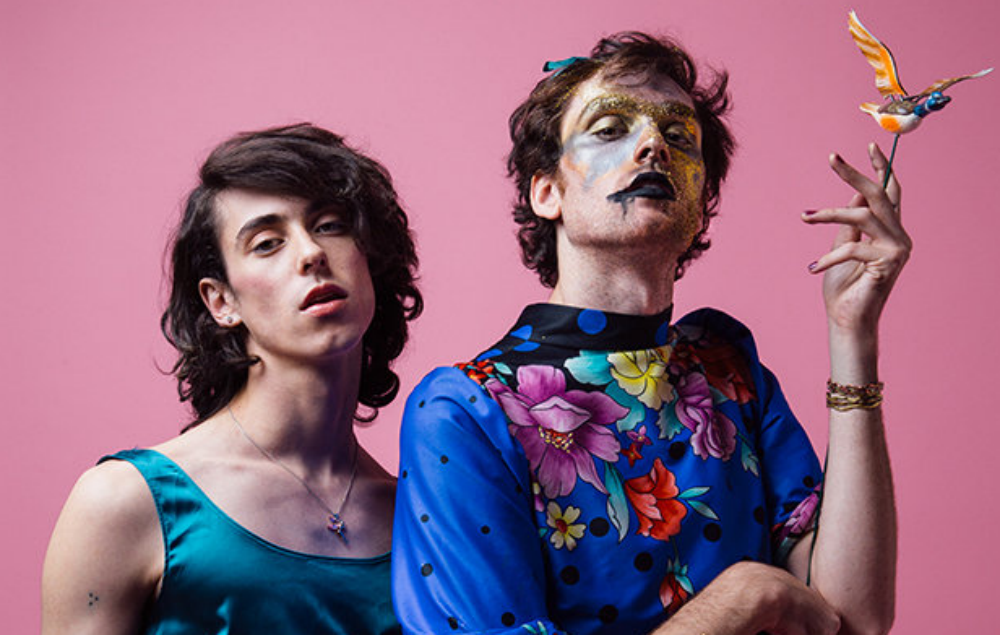 PWR BTTM have now issued a series of new statements from Hopkins, bandmate Liv Bruce and the group as a whole. Hopkins says that they believed the sexual encounter detailed in the Jezebel article to be “fully consensual” and that they “strongly contest the account put forth” by the anonymous individual. “That being said, in keeping with my commitment to my principles, I believe it is my responsibility to be accountable to this individual’s perspective and to honor it accordingly,” Hopkins adds.

The band also say: “We want nothing more than to be back performing together soon”. Read the full statements below.

“What has transpired over the past several days has been emotionally overwhelming and difficult to comprehend. Last Thursday, I learned that an anonymous individual had made an allegation of sexual assault against me. This allegation was devastating to me as it is contrary to the intentional way I seek to interact with those around me. As I digested the allegations, I tried to figure out who the individual might be so that I could try to reconcile what I had read with my memory of any particular sexual interaction. I’ve waited to respond to the Jezebel article because the statements made about me by the anonymous source did not line up with any sexual experience I have ever had.”

“Over the past several days, I was able to figure out who the individual was based on what I was reading and my subsequent conversations with Liv. I am not going to breach the anonymity of the person interviewed in the Jezebel article, but given the serious nature of what was published and its impact, I have to unpack the claims and provide perspective on the details within. We met the night before a show in March of 2016 and spent most of the following day together. After the show, she invited me back to her house and we eventually engaged in sex. Based on the nature of our communications and our interactions with one another, I understood our interactions to be fully consensual. We stayed in touch over the course of several weeks by exchanging texts and pictures. Later, she asked if she could stay with me at my home, where we had sex several more times over the course of those days. Again, I understood these interactions to be fully consensual, especially since our ongoing communications continued to be mutual, positive and reciprocal in nature. We did not see each other much after that but when we did it was entirely pleasant and we continued to exchange texts, including as recently as March of this year. I had no indication before last week that she had any concerns about our interaction.”

“Last week I learned that, in February of this year, this person had expressed concerns to others about what had transpired between us. I fully embrace and respect this individual’s right to speak out in any manner or forum they choose, including in a Facebook post or anonymously to a Jezebel reporter. It does not diminish that person’s experience or perception. After the initial shock of learning about her concerns, I have tried to understand her experience of our interactions. It would be antithetical to my values to attack, blame, or shame someone who is using the power of call-out culture to name their experience and hold others accountable, even when – or especially if – the individual they seek to hold accountable is me. I fully appreciate that someone’s views about the dynamics of intimate interactions can change and are not always apparent in the moment. While I am open to understanding this person’s perspective, I strongly contest the account put forth in Jezebel. I am firmly committed to consent, to communication, and to mutual expression of sexual interest. The accusations in Jezebel directly conflict with my experience, as it is not my practice to engage in sexual contact without protection, without discussing the issue with my partner, or to engage in the other conduct alleged in the Jezebel article. That being said, in keeping with my commitment to my principles, I believe it is my responsibility to be accountable to this individual’s perspective and to honor it accordingly.”

“One more thing. I have seen posts about people raising concerns about having their boundaries crossed when I have greeted our fans after our shows, something Liv and I do after every performance, taking selfies and thanking folks for coming. This is, again, incredibly shocking news to me, as the safety and well-being of PWR BTTM fans is the most paramount concern I have as a member of this band on and off stage. If my physical contact has made anyone feel uncomfortable, I sincerely apologize and will work hard to have an increased awareness of boundaries moving forward consistent with our commitment to our fans.”

“In February, I made contact with the anonymous individual interviewed by Jezebel, someone I knew casually, after hearing that she had made inflammatory accusations about Ben in a private online forum. My intent in reaching out was to learn more and to make myself available in the event that I could be of any help. Our conversation was friendly, but it ended without a plan for any specific next steps. Based upon our discussion, my understanding was that she did not want me to share her identity with Ben unless I had her explicit permission to do so, and I assured her that I would not do so.”

“After our conversation, I wanted to discuss with Ben the issues she had raised but I quickly realized that doing so would inevitably reveal her identity. I did not know how to proceed nor did I know where to seek advice about how to move forward.”

“After Ben ascertained the individual’s identity on Friday I decided that my withholding information was no longer protecting her privacy and I told Ben about the conversation she and I had.”

“As some of you know, we set up a separate email address back in mid-May so that anyone with information relevant to the situation that was then unfolding could privately share what they knew. At the time we thought it was the right thing to do. We now see that we were putting the onus on others to do something that only works if it is what they want. We have concluded that there is no viable way to do what we were trying to accomplish, with the result that we are going to shut that email address down (we have not and will not look at any emails that may have been sent there to date).”

“Finally, to our fans, our friends, our family and those who have supported us unfailingly and who continue to support us unfailingly: thank you from the bottom of our hearts. Having enjoyed the enthusiastic support of so many incredible people throughout our music careers has been a blessing. We love playing music, we love sharing music with others and we want nothing more than to be back performing together soon.”

PWR BTTM released their latest album ‘Pageant’ last week (May 12). On the same day they were scheduled to play a New York album launch gig at Rough Trade Brooklyn, but it was cancelled.