With new album ‘Say10’ rumoured for release this year and Justin Bieber donning it during his concerts, we’ve stocked up on Marilyn Manson tees so you can take your pick when it comes to kitting yourself out for his inevitable epic live shows.

From the 90s to 00s, there’s no better guy to get black band tees from than the Goth God himself… 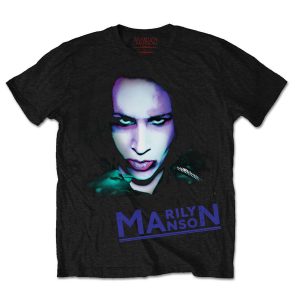 Marilyn Manson Face T-Shirt
Born Brian Hugh Warner, the famous front man constructed his name by combining two people that he regarded as the most iconic figures of the 1960s. The beauty, elegance and eternal stardom of Marilyn Monroe merged with the dark and disgusting celebrity of the underworld serial killer and cult leader Charles Manson. 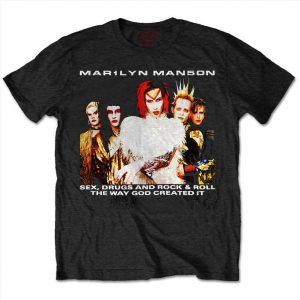 Marilyn Manson Special Edition: Rock Is Dead 1999 Tour T-Shirt
Marilyn Manson set off on his worldwide tour ‘Rock Is Dead’ in 1999, which supported the bands third record ‘Mechanical Animals’. Didn’t make the tour? Well don’t miss out on the merch. Grab this special edition tee from our ‘Tours That Rocked The World’ collection and pretend you were there, we wont tell if you don’t…

Shop the entire Tours That Rocked The World collection. 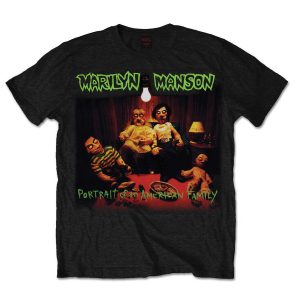 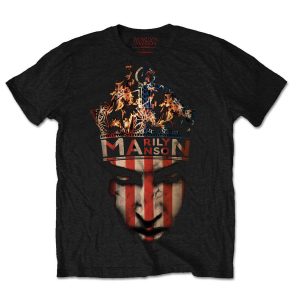 Marilyn Manson Crown T-Shirt
Manson has previously mentioned that he created his persona long before his music career took off and it seems the nicknames didn’t stop once he’d made it as a rock star. Mainly referencing his status as ‘God of the Goths’ and ‘The God of Fuck’, but late author and friend of Manson’s Hunter S. Thompson frequently called him ‘Shit Eyes’, although he never explained why. 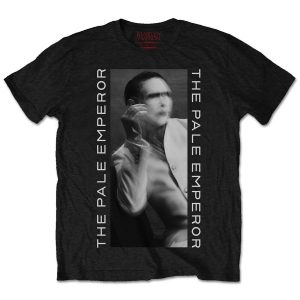 Marilyn Manson Pale Emperor T-Shirt
‘The Pale Emperor’ was the band’s ninth studio album, released in 2015. Most noted for the group’s transition from heavy rock to a more blues-inspired sound. It was dedicated to Manson’s mother who died during the production of the record.

Turn your unwanted stuff into a summer of fun

12 Marilyn Manson quotes that will make you run and hide