No-one interviews like Louis Theroux, using self-effacing charm, politeness and the awesome power of silence to get his subjects to reveal far more than they would like.

We’ve collated some of his bets bits, and some great T-shirts for the Theroux fans out there – all available at the NME Merch Store.

Warning: There are some puns ahead.

In this clip Louis Theroux interview drug dealers. At first they don’t want to talk to him but he manages to get them to brag about making money and beating people up. They seem genuinely delighted to chat about how much their watches cost. 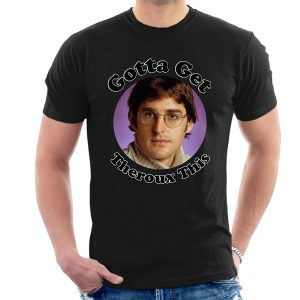 Everyone’s favourite presenter chats to inmates of a mega jail in Miami as they explain what happens if someone moves cells. Worth a watch if you thought your housemates were demanding. If you need to ensure you have serious street cred with those that matter, then get the t-shirt below. 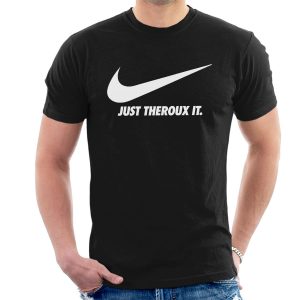 Louis Theroux My Scientology Movie
It won NME’s best film award, and Louis managed to really dig into Scientology in the face of armies of lawyers trying to stop him. 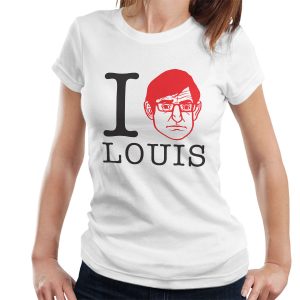 Louis Theroux meets a British man looking for Thai bride
‘When you see a bargain, do you let it get away? Someone else will buy it?’ A British man is delighted with his new wife, so delighted he gives her a candle he found in the bathroom. His new wife seems much more pragmatic about the whole thing, she just wants a home. 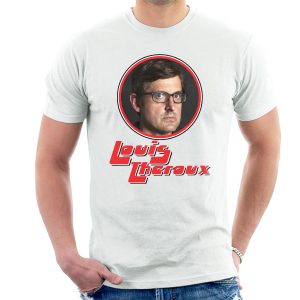 Louis Theroux – Body building and muscle worship
The seemingly impossible to embarrass Louis gets his potential assessed as a body builder, without having ever really worked out. If you wanted to see Louie in his underpants, this is the clip to watch. Also contains the line, ‘what could you get for my underpants?’

If the clip makes you need to buy a tee immediately, why not the one below? 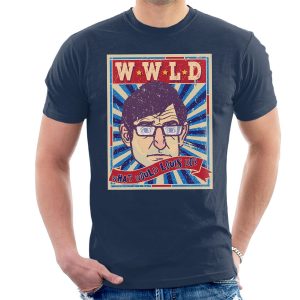