Alt-J‘s second album, ‘This Is All Yours’, was released in September 2014, and in the two years since the band has headlined Latitude and played a UK arena tour. Keyboardist Gus Unger-Hamilton has opened a café in east London, drummer Thom Sonny Green has released a solo electronic album, and singer Joe Newman has featured on a Clams Casino track with Lil B. Now, finally, Alt-J have confirmed that their new album ‘Relaxer’ will be released in June.

What can we expect from the new Alt-J album?

“There’s been a lot of ideas,” drummer Thom Sonny Green told NME in August 2016. “We’re very excited about it, I think it’s going to be pretty interesting. I feel like it’ll be different, but I don’t know. It’s funny – we write together so well and it comes pretty naturally and pretty quick, but I can’t predict it. We write what we feel.” 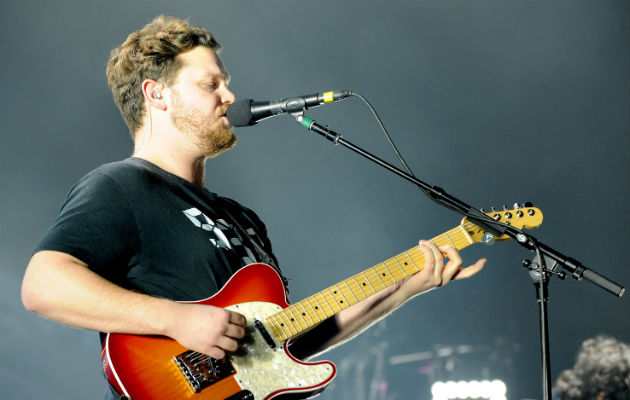 Now that we’ve clarified things (a tiny bit), let’s look back at what keyboardist Gus Unger-Hamilton said in August 2015. He said they were “feeling excited” about recording again, but explained why the band would take a bit of a break before album three thus: “We just want to have no pressure on us to produce something and do it as and when it feels right really.” They took a break that started in January but have since discussed the next record, says Green. “We’re meeting up at the moment to talk about the next album. I mean, we never stopped thinking about it, we just needed a break. Alt-J is by no means over.”

Have we heard any new Alt-J songs yet?

Yes: the first track is called ‘3WW’, and it was released on March 6, 2017. Notable things: it features vocals from Wolf Alice‘s Ellie Rowsell, and is opened by singing from Gus Unger-Hamilton – not Joe Newman as normal, though Joe does join in later.

According to a newsletter they sent out to fans, the track “traces the adventures of a wayward lad on England’s northeast coast, culminating in the whispering of three worn words. Let’s not beat around the bush – we think it could be the best thing we’ve done to date.”

When is Alt-J’s new album released?

What else do we know about ‘Relaxer’?

It was recorded with Alt-J’s longtime producer Charlie Andrew at studios all over London – Brixton, St John’s Wood, Crouch Hill and Shoreditch. They shot a few Instagram snaps of Abbey Road, which you can see below:

Here are some more studio snaps from November:

Yes. Their first is at London’s O2, celebrating the venue’s 10th anniversary. They’ve also been announced for loads of 2017 festivals. Between June and September they’ll headline festivals including Zagreb’s INmusic, New York’s Panorama, and Stockholm’s Popaganda, among others. See the full list below:

We’ll keep this page updated, so keep an eye out for new developments coming in.

The post New Alt-J album: when it’s out, what it will be like, and everything we know so far appeared first on NME.

Watch Alt-J perform ‘In Cold Blood’ with The Roots