As Exclaim point out, the new prototype features volume and tempo control, a speaker, USB port, Wi-Fi, Bluetooth, and come pre-programmed with six different beats – meaning that you can actually make music on the shoes.

The ‘Neely Air’ trainers never made it past the prototype stage however, but that could change if there’s enough public demand. 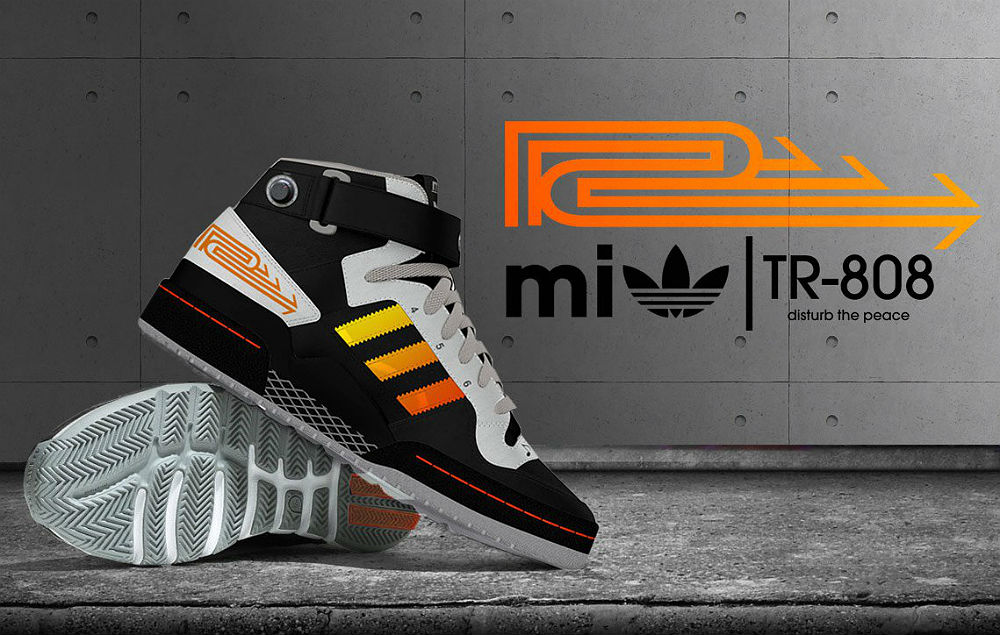 Last month, Ikutaro Kakehashi, founder of music tech company Roland and its ubiquitous drum machine the TR-808, passed away at the age of 87.

Kakehashi’s iconic drum machine, launched in 1980, was first used in a hit by Marvin Gaye on ‘Sexual Healing’. Later it would become the focal point of Kanye West’s ‘808s and Heartbreak’ album, as well as being used in songs by Beastie Boys, Outkast and Talking Heads. In 2013, he and Sequential Circuits founder Dave Smith received a technical Grammy for their work on MIDI (Musical Instrument Digital Interface) technology.

The former Oasis guitarist has designed his version of the Garwen SPZL trainers as part of Adidas’ 2017 spring SPEZIAL range.

The shoe comes in indigo leather and is said to be 70s-inspired, featuring a picture of Noel on the shoe’s tongue and his date of birth inside. It will retail for £99.