The singer will release her new single, ‘Malibu’, on May 11 ahead of the release of her sixth studio album

Miley Cyrus has revealed new details about her upcoming new album, while also revealing that she gave up smoking weed during the recording process.

The Tennessee-born artist last released an album in 2015, pairing up with The Flaming Lips for ‘Miley Cyrus & Her Dead Petz’. Since that record’s release, Cyrus has become a coach on the US version of The Voice and was a vocal supporter of Bernie Sanders, before switching to Hillary Clinton once she won the Democratic nomination.

Now gearing up to release her sixth studio album – she’ll release its lead single, ‘Malibu’, on May 11 – Cyrus has discussed the upcoming record in a new interview with Billboard.

Cyrus revealed that she gave up smoking weed while recording, saying: “I like to surround myself with people that make me want to get better, more evolved, open. And I was noticing, it’s not the people that are stoned. I want to be super clear and sharp, because I know exactly where I want to be.” 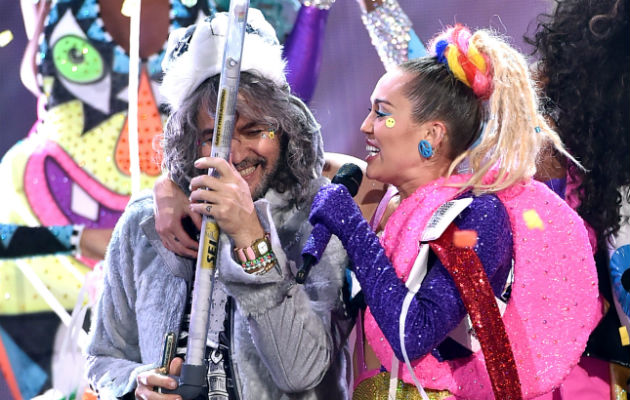 Cyrus also revealed that she’s hoping to engage with people who wouldn’t normally listen to her music or necessarily share her values with the new album, including Trump supporters.

“This record is a reflection of the fact that yes, I don’t give a fuck, but right now is not a time to not give a fuck about people,” she said. “I’m ­giving the world a hug and saying, ‘Hey, look. We’re good – I love you.’ And I hope you can say you love me back.

“I like the way I think right now,” she continued. “But don’t Trump supporters like the way they think? So I’ve also got to be open with the way I approach people with my opinions. That’s the only way to make real change. And it’s not because I want to sell records! I know now the ways that don’t work. Because I went really hard during the ­election.

“But at the end of the day, we lost. We won, but because the system is fucked up, we lost. I thought, ‘OK. I learned my lesson on this one.’”

The 24-year-old also confirmed that she’d moved away from the hip-hop and trap-leaning sounds of her 2013 album ‘Bangerz’ as she disagreed with the braggadocio that’s often associated with both genres.

“I love that new Kendrick Lamar song [“Humble”]: “Show me somethin’ natural like ass with some stretch marks.” I love that because it’s not “Come sit on my dick, suck on my cock.” I can’t listen to that anymore. That’s what pushed me out of the hip-hop scene a little. It was too much “Lamborghini, got my Rolex, got a girl on my cock” – I am so not that.”

Billy Ray Cyrus is changing his name to just Cyrus