Migos have confirmed that they have collaborated with One Direction‘s Liam Payne.

Payne, now the only group member not to have released any finished solo material, is thought to be working on his debut solo album.

Following recent reports that he was teaming up with Migos on “Drake-inspired” music, the group’s Quavo has now told Tim Westwood: “I just came from a video today. My boy Liam from One Direction. We just shot that. Crazy vid. Crazy visuals. Crazy team. Cool guy, nice guy. It’s goin’ up. I wasn’t even supposed to say that. It’s gonna be a surprise though.” 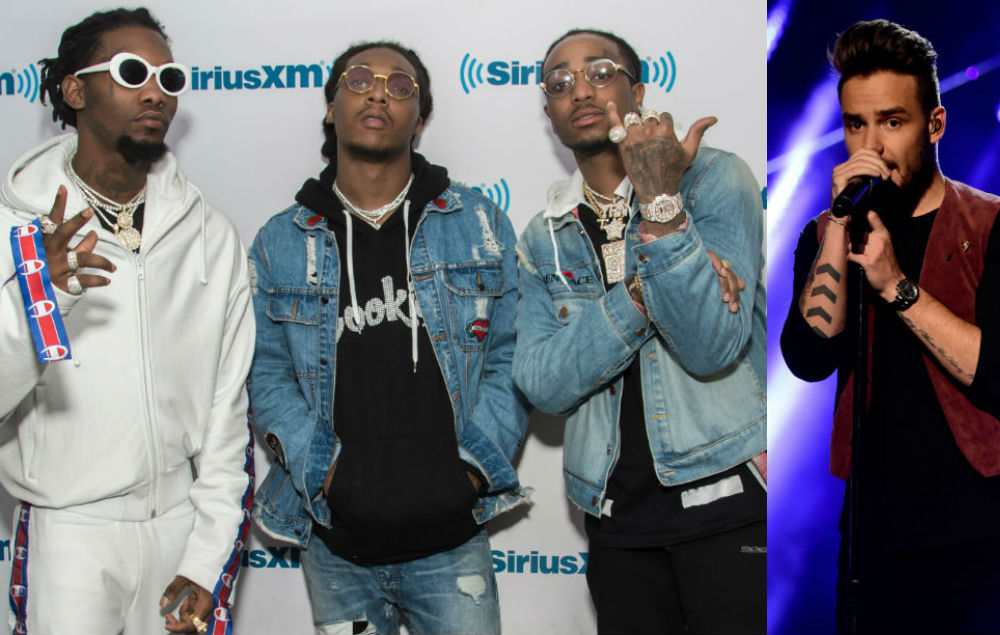 Previous reports described Payne’s album as “very different” from Harry Styles’ upcoming album. The Sun quoted an insider as saying: “Working with Migos is a big deal. They are one of the most highly regarded hip-hop groups in the world. The collaboration will help push his name out beyond 1D fans in the States.”

The source added: “Liam wants his solo music to sound like a mix between Justin Bieber and Drake. It’s definitely not going to be a hip-hop album. He has worked with so many different producers and artists. But what’s for sure is that his songs will sound very, very different to what Harry Styles has put out.”

Though Payne has yet to release an official solo single, he did share a snippet of a R&B-flavoured track with his fans last year.

Payne announced in July that he had signed a solo record deal with Capitol Records. Like fellow One Direction members Niall Horan, Harry Styles and Zayn Malik, he chose not to remain with Simon Cowell’s label Syco for his solo career.

I’m really happy to have signed to such a prestigious label as Capitol Records UK,” he said in July. “Capitol Records has an amazing history stretching right back before even Frank Sinatra and I’m really looking forward to becoming part of their story.”