‘It all ends with this movie’

As Variety reports, Moore has been working on the film in secret for months, and hopes to do some real and lasting damage to the President’s office.

“No matter what you throw at him, it hasn’t worked,” said Moore. “No matter what is revealed, he remains standing. Facts, reality, brains cannot defeat him. Even when he commits a self-inflicted wound, he gets up the next morning and keeps going and tweeting. That all ends with this movie.”

The title is play on Moore’s previous, seminal film ‘Fahrenheit 9/11’ and refers to the date of 2016’s election. As with the aforementioned film, Moore will again be teaming up with producers Bob and Harvey Weinstein. 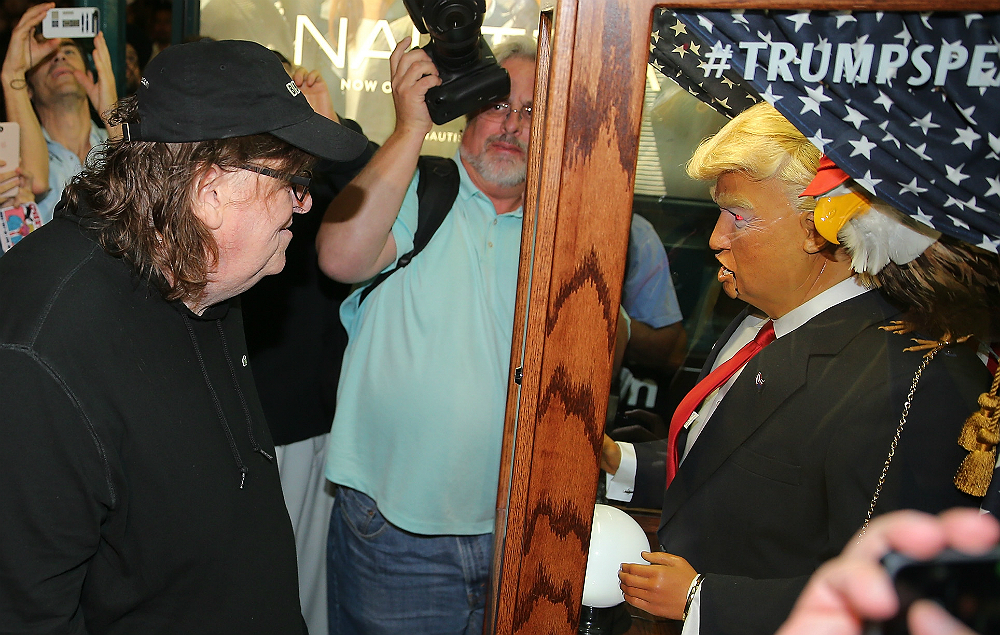 Michael Moore is making a new film about Donald Trump

The Weinsteins added: “There is no greater part of what we can do right now than to have the power to bring Michael Moore to a mass audience. When we had the opportunity to work with him on ‘Fahrenheit 9/11,’ we were so persistent that we ultimately had to part ways from Disney and we lost our beloved Miramax, named after our parents, because we believed so strongly in the message.

“The movie broke all records then, and we plan to do so again. This movie will have one of the most innovative distribution plans ever. Now more than ever, Michael’s appetite for the truth is crucial. We are ecstatic to be a part of this revolution.”

Moore has already made a movie about the President, when last year he released Michael Moore in TrumpLand.