Manic Street Preachers have given an update on their new album and 2017 tour, saying that they’d ‘like to rock again’.

Frontman James Dean Bradfield was speaking to NME at the first screening of their new Kieran Evans-directed documentary film ‘Escape From History‘ – telling the story of the journey from ‘The Holy Bible’ to the success of ‘Everything Must Go’ in the wake of the disappearance of Richey Edwards. We caught up with Bradfield to talk about the follow-up to 2014’s ‘Futurology‘, after the band were forced to leave their Cardiff HQ last year.

“We have been building a new studio,” Bradfield told NME. “Me, Nick and Sean are in a mortgage together at the age of 48 – so that feels like bigamy! I’m also collaboration with Kieran Evans on a film project that he’s directing – until I get sacked for Hans Zimmer!

“We have struggled since we lost Faster Studios in Cardiff, it’s the first time in a long time where we haven’t had a base to just go and be with each other and just talk about things, play rough songs to each or do a demo. Or just watch 20/20 Cricket or ‘Countdown’ – whatever you do when you’re in a band, which we used to do in the old studio. We haven’t been able to do that since we left Faster Studios in November, which has been a struggle. We it since 2006 and we’d been working in there solidly since 2000 so it was like the fifth member of the band, so it’s good we’ll have another base soon. When you’ve got families and kids, you can’t just go to a rehearsal room – you need a base, a clubhouse to go to and be together, investigate your mood, watch sport and play. We haven’t played a scrap of music together since November, and that hasn’t happened for a long time.” 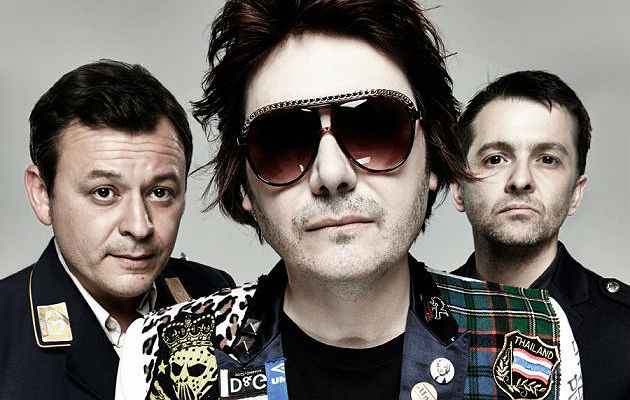 Speaking of the potential spirit and sound of the upcoming record, Bradfield said: “Usually, the process of us writing songs is done and dusted by the time we’ve done a demo – we’re not in that position because we haven’t had chance. I suppose in my head, not that it fucking matters, but I would like to kick against the oblique, delineated, opaque groove that everybody is into. I’d like to rock again. I can’t help but just love the new Ryan Adams album at the moment. I think it’s just fucking brilliant. You read a review that says ‘oh it’s full of bluster’, and you’re like ‘fuck off – if you think that’s full of bluster, then your idea of dirt is very clean’. It’s just a really good heartbreak album.

“I was watching him on the Jimmy Fallon show the other night and he was playing a Flying V guitar. I was just thinking ‘fuck me, I want to do that again’. That’s my mood.”

Asked if they felt inspired by the current state of politics with Donald Trump, Brexit and the rise of the right, Bradfield replied: “Not at the moment, no. I feel pretty misanthropic against all political sides at the moment. I feel as if the left have conspired to create some of the mood by having no empathy for what you might call a classic labour vote, and the right have definitely conspired to get us into an actual vortex of horror. I feel like a man without a party at the moment.”

Bradfield went on to say that their upcoming summer tour dates would be ‘to blow the cobwebs off’.

“I don’t know if we’re going to roadtest new material, but we actually are really looking forward to playing live. It will be nice to feel like a band again.” 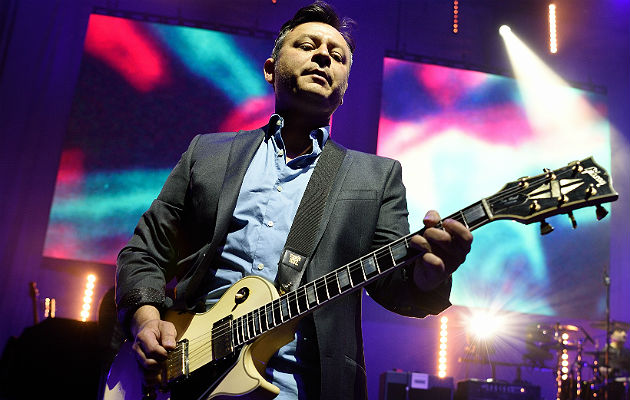 Speaking to NME last year about what he’d heard of the songs they’d written for the new album, director Kieran Evans said: “I only them on acoustic guitar but there was a lot of melody. The subject matter is the same as you’d expect from the Manics, but the songs were hooky in a good, classic way – like ‘Send Away The Tigers’, ‘Everything Must Go’, ‘This Is My Truth’. I think they’re keen to explore that, but who knows – the darkness may descend.”

‘Escape From History’ will be televised on Sky Arts as part of their new Sky Arts Rocks season on 15 April, 2017.