Mac DeMarco‘s mother has talked about raising the singer in a new interview.

Agnes DeMarco, who runs the singer-songwriter’s fan club, has spoken in a new interview with Pitchfork, discussing his musical beginnings, what he was like as a kid and how she fared raising him as a single mother.

“Mac picked up guitar and never put it down,” she said. “It was just natural for him. Then he started writing. When I heard this one song he did, ‘Heat Wave’ I was like, ‘That’s it. He’s going to be a star.’ I did!”

She added: “His songs always make me cry”.

On what Mac was like during his teenage years, Agnes said: “He was a good kid. Basically good. He was! He didn’t get into too much trouble that I knew about. He got into a little bit of trouble, like that time you guys got busted for sitting on top of the High Level Bridge. It was stupid. But he was never a tough, fighting, bad kid like that. He was just full of energy.” 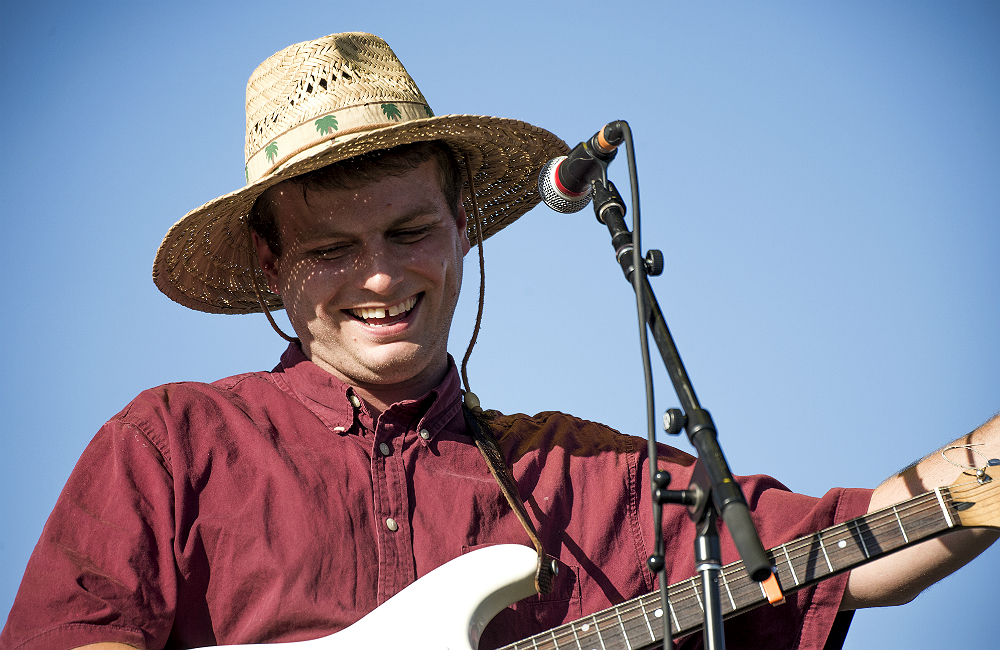 Describing it as a “challenge” raising Mac alone, Agnes continued to describe their life at the time: “I had no money. But we had a great house, and I just did whatever job, and we had a lot of fun. We lived low-key. We had our little routines. We’d do milkshake and hamburger Fridays and watch Power Rangers together. It was a simple life, but good. We’d get the wagon and go through the alleys, or go treasure hunting. We had a great backyard and a little kiddie pool, lots of family around, lots of barbecues. Both of the guys were really creative.”

DeMarco himself recently spoke about his life on Marc Maron’s WTF podcast.

Canadian singer-songwriter Mac DeMarco releases his new album ‘This Old Dog’ on May 5. Listen to previous single ‘My Old Man’, the record’s title-track and ‘On A Level’.

DeMarco’s last proper album ‘Salad Days’ came Number Two in NME’s Albums Of 2014 list. He followed it with his ‘Another One’ mini-album in August 2015.

It was recently reported that DeMarco is looking for an assistant to work for his fan club and wants applicants to send their “dankest Mac meme or Mac related gif”.

Mac DeMarco will perform two London shows at O2 Academy Brixton on May 30 and May 31, as well as gigs at Newcastle Academy on August 29 and Edinburgh Usher Hall on August 30. He will also headline End Of The Road festival at the end of the summer.

This Migos-loving kid had a better Coachella than you