Singer confirms record will be released in 2018

The group are currently gearing up for the final run of touring around their second album, ‘I Like It When You Sleep, for You Are So Beautiful yet So Unaware of It‘ – which was named NME’s Album Of The Year 2016.

However, they’ve also been hard at work on new music – with Healy recently revealing that their next album will be called ‘Music For Cars’ and will be released in 2018.

Speaking in a new interview with Apple Music’s Beats 1 radio, Healy confirmed: “The next record’s called ‘Music For Cars’. That’s the title and it references our second EP or our third EP.”

The singer also described how the record will be the “end of an era”: “It’s always been called that and we were always going to do a trilogy of records. I’m not saying that after this record it’s the end of The 1975 but it’s definitely the end of an era.”

Listen to the interview in full here. 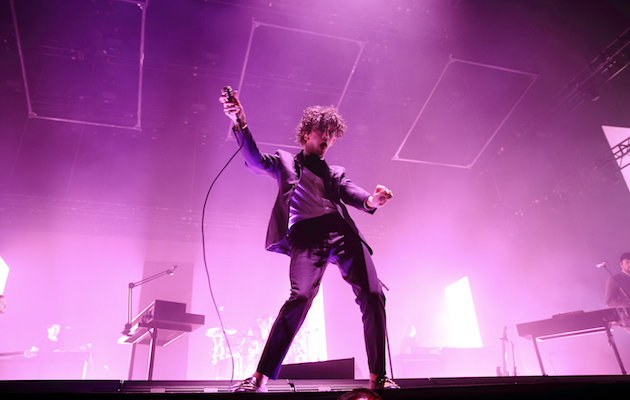 Meanwhile, Healy recently revealed that the new songs he’s written for the album are ‘as good as anything on the previous album’ along with ‘lots of ambient and classical tracks’.

“If you look at third albums, ‘OK Computer’ or ‘The Queen Is Dead’, that’s what we need to do,” he said. “I want a legacy. I want people to look back and think our records were the most important pop records that a band put out in this decade.”

The 1975’s final UK show of 2017 will be headlining Latitude alongside Mumford & Sons and Fleet Foxes. Latitude Festival 2017 takes place at Henham Park in Suffolk from 14-16 July.

Watch out The 1975, Phoenix are here to challenge you for most jawdropping live visuals