Father John Misty has shared the latest song from his forthcoming album ‘Pure Comedy’ – listen to a live performance of ‘Leaving LA’ below.

The singer-songwriter – AKA Joshua Tillman – is gearing up to release his third album under the Father John Misty name, with ‘Pure Comedy’ set to drop on April 7. As well as releasing the title track, two music videos and an essay about the album, Tillman most recently shared new song ‘Ballad Of The Dying Man’ earlier this week.

Father John has today (February 3) debuted the latest track off ‘Pure Comedy’, with the 13-minute-long ‘Leaving LA’. Performing the song live on Lauren Laverne’s show on BBC Radio 6 Music, he also revealed that it had taken “a good three years” to write. 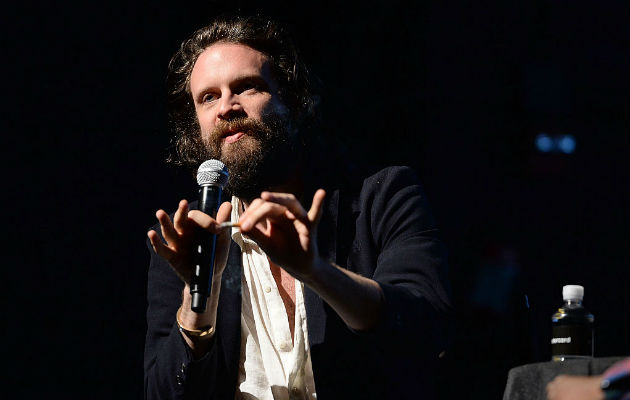 Speaking about his songwriting credit on ‘Hold Up’ from the latter’s acclaimed album ‘Lemonade’, Misty said it was never his ambition to collaborate with Beyoncé until it actually happened.

“With ‘Hold Up’ they just sent me the beat and the hook. I wrote that first verse and the ‘jealous and crazy’ part. After we recorded I was like ‘we cannot send this to her. This is ridiculous.’ I just couldn’t. My voice is not – the song is not intended to be sold by me. But it was never an ambition it was never anywhere near – it’s completely absurd that Lady Gaga and Beyoncé are my only co-writes. Everyone else is like ‘ehhh’.”