This May will mark seven years since founding member of Slipknot and bassist Paul Gray passed away. The musician was found dead in a hotel room after suffering a morphine overdose. At the time of death, Gray’s daughter October was only three months old. An auction will take place between April 1 – 9, with all proceeds going to October who will be celebrating her sixth birthday in August.

The memorabilia will be auctioned off by Backstage Auctions. Die-hard Slipknot fans are going to get a look at some of the more specialist items owned by the Slipknot member including his “black facial make-up cream that Paul used to create a more dramatic contrast and effect in combination with his mask”. 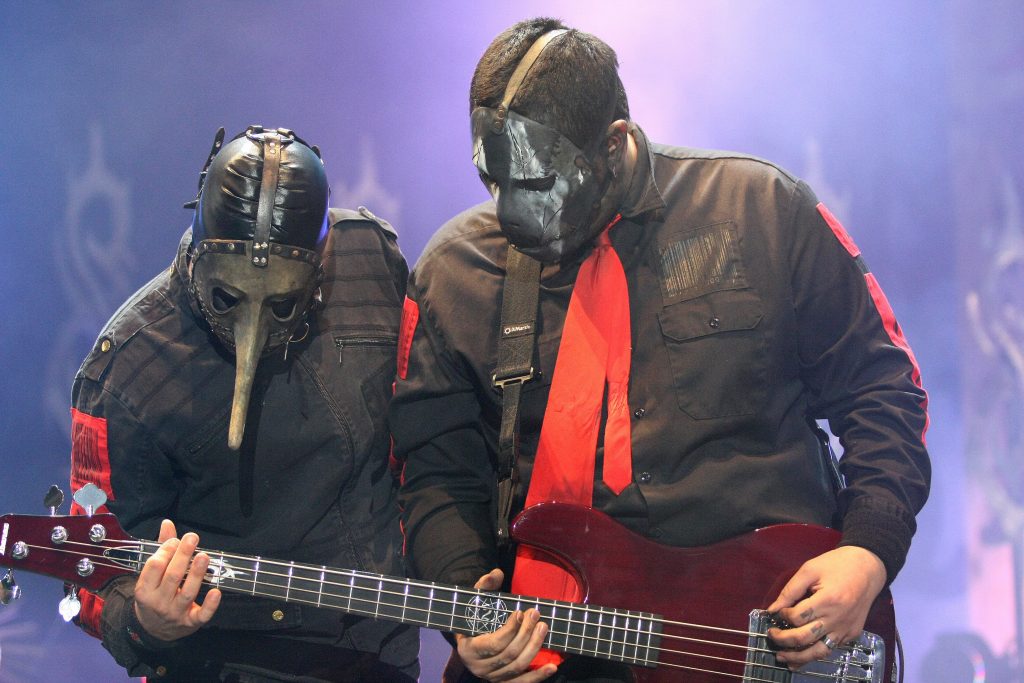 “Each of the guitars and jumpsuits has their own story to tell and represent a significant element of Paul Gray’s touring and recording history.”

“I have personally worked with Brenna Gray over the past 18 months and her final selection of items from Paul’s collection is amazing and truly honors Paul’s legacy. She has hand-picked items that will appeal to Paul Gray and Slipknot collectors all around the world.”

Fans of the metal band will be glad to know that the follow up album to ‘5: The Gray Chapter’ is currently in the works but any new material from the band won’t be coming anytime soon.

Drummer Shawn ‘Clown’ Crahan said “We’re writing as a band, and with Corey [Taylor] as well,” he told WRIF-FM. “Yes, we’re off, and we’re off for a while — for a long while.”

The post Late Slipknot bassist Paul Gray’s equipment to be auctioned off to fans appeared first on NME.