Lana Del Rey is promoting witchcraft as a means of removing Donald Trump from office.

As others have noted, these are all dates of the waning crescent moon, which believers of the occult deem a time to rid your life of stress and negative energy.

It comes following news that some activists are set to use ‘binding’ rituals on these dates to rid the US of President Trump.

Pitchfork reports that a representative for Del Rey has “confirmed that the singer-songwriter’s tweet was in reference to the occult ritual dates.”

Del Rey recently shared her new single ‘Love’ and its accompanying video, which sees her performing in space. ‘Love’ is the first track from her upcoming album, which is expected later this year.

A recent press release states that Del Rey’s new album is “set to include some exciting guest featured artists” with “full details to be shared at a later date”. Lana says in the press release: “I made my first 4 albums for me, but this one is for my fans and about where I hope we are all headed”.

Introducing the ‘Love’ video on Instagram Live, Del Rey said: “I have lots of cool things to keep on telling you over the month and some cool events coming up too so look out for that.”

On the aesthetic of her new album, she said: “I would say retro sensibility with a futuristic flair.” 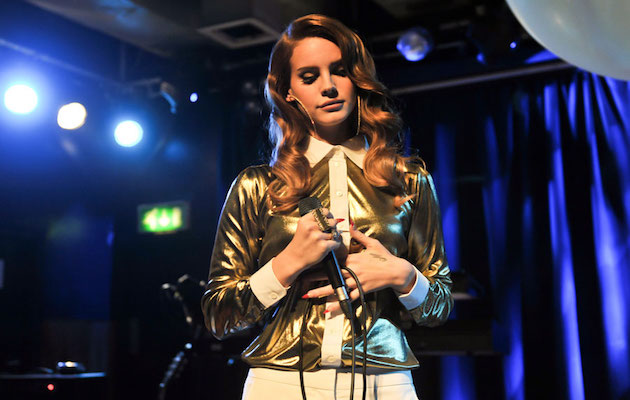 Meanwhile, Lana Del Rey previously told NME: “I do have early thoughts about what I’d like to do with [the album]. My label, Interscope, is pretty flexible and open to my records coming out at any time, so I don’t have that pressure. I’m just happy to be able to keep on making music I can stand behind. That’s enough for me.”

Del Rey has also been announced for Øya Festival 2017, alongside Mac DeMarco and MØ. She will also play the first Lollapalooza Paris, along with Pixies and Skepta.

The post Lana Del Rey is using witchcraft to get rid of Trump appeared first on NME.