Representatives for the pair confirmed that they are “taking respectful, loving space at this time.”

Katy Perry and Orlando Bloom have announced their split.

The singer and the actor began their relationship in January 2016, and were rumoured to be close to getting engaged last summer.

However, despite being pictured together at Sunday’s (February 26) post-Oscars Vanity Fair party, representatives for both Perry and Bloom moved to address media speculation that the couple had drifted apart in the past few months.

“Before rumors or falsifications get out of hand, we can confirm that Orlando and Katy are taking respectful, loving space at this time,” a statement that was provided to PEOPLE read. 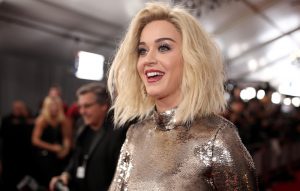 Perry has recently delivered live performances at both the Grammys and the BRIT Awards, where she played her new single ‘Chained To The Rhythm’.

Her performance at the BRITs generated a viral moment after one of her backing dancers – dressed in a house costume – fell off the stage. Watch the much-shared clip here.

Ahead of her performance at the Grammys last month, meanwhile, Perry caused controversy after she made a joke about Britney Spears’ breakdown in 2007.

The singer answered a question from radio host Ryan Seacrest about taking a break between albums by saying the time off was “fantastic. I haven’t shaved my head yet.”