Kasabian‘s Serge Pizzorno has spoken about not reading reviews about the bands or fan comments.

The band release their sixth album next month (May 5). This summer sees them perform at BBC Radio One’s Big Weekend, TRNSMT Festival and Reading & Leeds.

Speaking on Apple Music’s Beats 1 radio, Pizzorno was asked by host Julie Adenuga if he reads reviews or comments online.

Pizzorno replied: “After the first album, I shot off on every single voice because, I just thought, reviews, fans, I can’t deal with. I’m not doing it for that, it makes me really happy to be in the studio and make a tune. I love it, and I always want to feel that I don’t ever want to think, it’s just pure expression. If I want to make German techno tune, then I’m going to make one. I don’t care. If I want to make a classical piece, a soundtrack, I don’t want any other voice telling me I can’t do it, or I shouldn’t. I’m not into that. So that’s the freedom, and that’s why I don’t have a Twitter or Facebook, I haven’t got any of the business. I’m not interested in any of it.”

Listen to the clip on Apple Music here. 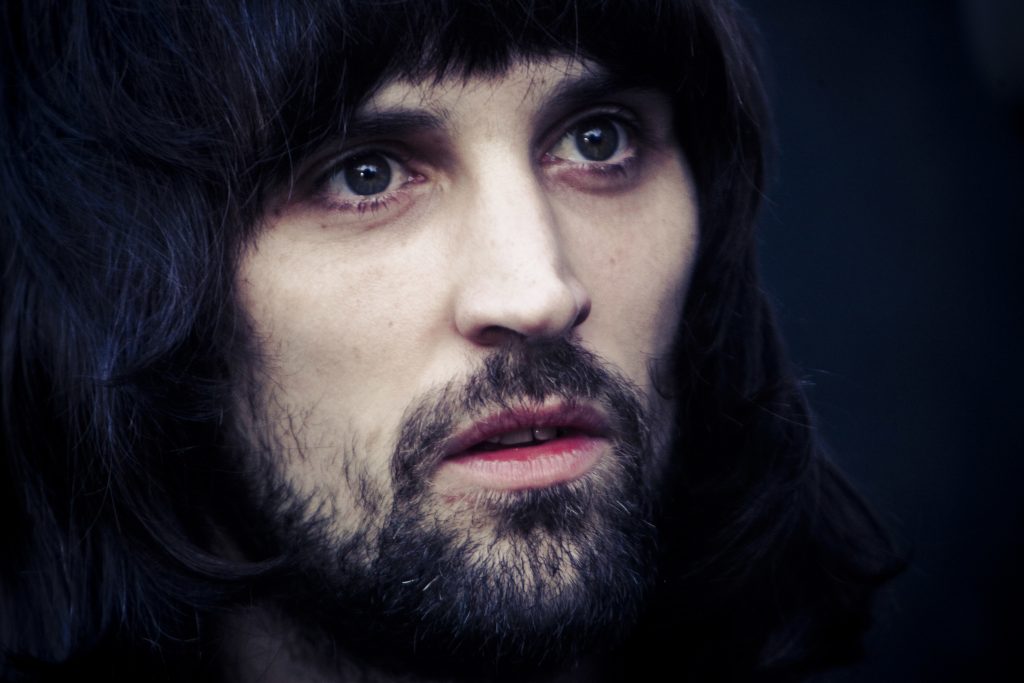 “It’s a picture of our roadie Rick Graham, he’s been with us about 12 or 13 years. He says ‘for crying out loud’ quite a lot,” Pizzorno told NME. “He’s an old, cantankerous man – but also the most beautiful man you’ll ever meet. He’s got stories from back in the day. He’s seen it all and been round the world more times than anyone. I really wanted to immortalise him. I was watching this Francis Bacon interview and he said he only drew people that he knew because he knew their faces. This is our way of letting people into our world. I love the idea that there’s this 70-year old man on our record, there’s something beautiful about it.

“He said ‘it’ll never happen because the label won’t allow it’…As soon as the label are like ‘oh, we’re not sure’ then you know it’s great and it’s going to work.”

Serge also told NME about their decision to make a more guitar-heavy album.

“Well, I fell in love with the guitar again. I was listening to ESG and Talking Heads and in that kind of world, then it just took on a life of its own,” he said. “I just wanted to make a guitar record that was relevant and important. It’s been a while since that happened. We always react against our previous work. I did massively experimental synth work on the last record so I just looked at my Rickenbacker in the corner of the studio and thought ‘that’s what I’m gonna do’. I just started smashing tunes out on that.”

The post Kasabian’s Serge reveals whether he reads reviews or fan comments appeared first on NME.

Mass Effect Andromeda reviews: the early verdicts are in, and they’re pretty mixed