Kasabian‘s new album ‘For Crying Out Loud’ is set to dethrone Ed Sheeran at the top of the UK Albums Chart later this week.

The band released their sixth album last Friday (May 5) and, according to the Official Charts Company, it looks on course to claim the group their fifth consecutive number one record.

Kasabian have sold just over 20,000 equivalent sales more than Sheeran’s ‘÷’ at the week’s midway mark. The singer has been at number one for nine weeks with his third album.

For more on this week’s NME magazine and where to get yours, visit here. 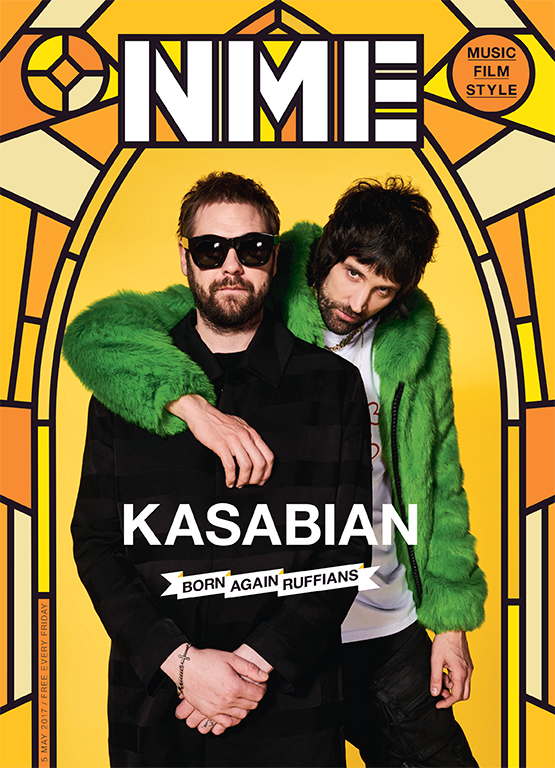 In the interview, Kasabian discuss why they’ve never “broken America”.

The thing about America is, we didn’t go for like five or six years,” Pizzorno told NME. “That’s catch-up. We’re never going to get those years back. We decided to go to the rest of the world. We were too big everywhere else and didn’t want to sit in a van for a few months. Now we’ll do like 4,000 seat places in the US – that’s the optimum place to see a band. Do we go and live there and tour constantly, or just go play New York and LA every now and again? That’s fine for me.”

He continued: “There’s just no point in chasing it. If we were 21 then great. But every time we play Coachella, we have a great time.”

Asked if America would ‘get’ their British themes and sensibilities, Pizzorno replied: “I think if we toured enough, then they’d listen. They understand us on stage. As a live thing, you can’t fuck with it. If we supported someone then people would understand. At this level with my two boys who I love, I can’t look at them and go ‘I’m off to tour America for six months’. Life’s too short. I want to be playing football in the garden with my lads.

“We’ve massively overshot anyway in the UK and Europe. We have absolutely no right to be as big as we are for what we do. I’m happy with that.”