Josh Gad has responded to the reaction surrounding Beauty and the Beast‘s much-discussed “gay moment”, voicing his view that “this film is one of inclusiveness.”

Disney’s live-action adaptation – a remake of the 1991 animated version of Jeanne-Marie Leprince de Beaumont’s fairy tale – will hit screens worldwide on March 17. Its director, Bill Condon, revealed last week that Gad’s character LeFou will be at the centre of “a nice, exclusively gay moment in a Disney movie.”

While the news was well-received by many, negative headlines about Condon’s revelation notably surfaced when Russian authorities announced that they would investigate the film in relation to its possible violation of the country’s 2013 law against “gay propaganda”.

Gad has now had his say on the matter, preaching a message of inclusiveness about his character’s presence in the film and that the “gay moment” teaches the lesson to “never judge a book by its cover.” 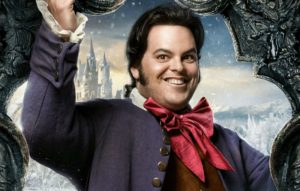 “What I would say is that this film is one of inclusiveness,” the 36-year-old told PEOPLE. “It’s one that has something to offer everyone.

“I think that that theme is as relevant today as it was when Beauty and the Beast was first written 300 years ago. So that’s what I hope people take from it.”

The post Josh Gad responds to controversy over ‘Beauty and the Beast”s “gay moment” appeared first on NME.