Jimmy Carr has spoken about his controversial tax affairs, revealing that the public outcry over the matter in 2012 could have been “career-ending.”

The comedian and 8 Out of 10 Cats host became embroiled in a row over his taxes in June 2012 after it was revealed that he was involved in K2, a tax avoidance scheme. Former Prime Minister David Cameron even commented on the furore, calling Carr’s tax affairs “morally wrong.”

Carr opened up about the topic during his appearance on the latest episode of BBC Radio 4’s Desert Island Discs, calling the avoidance scheme “a terrible error of judgement” and revealing that he feared for his career after the negative headlines and publicity poured in. 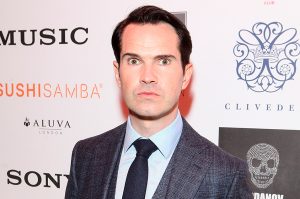 “When you’re in the middle of that [it’s] like: ‘Could this be a career-ender?’” he said. “I guess with something like that, that’s the worst-case scenario.

“Even worst-case scenario, I’ve had a pretty good run in showbiz terms. I’ve been at the same level for probably 12 years now – that’s very lucky to have a long, sustained career in showbiz. So it’s going to disappear at some point.”

Commenting on how he felt the need “to get in front of it and own it” when Cameron spoke about his tax affairs during that year’s G20 Summit, Carr said that it changed his view for good on how he would pay his tax.

“In the end you make good and say: ‘Right I’ll pay every penny of tax I ever owed.’”

Back in September, Carr shocked a US audience after he made a joke about 9/11 on the anniversary of the tragedy.

The post Jimmy Carr admits tax row “could have been a career-ender” appeared first on NME.

BBC interviewee interrupted by own children responds to racism row