Jeremy Corbyn was added to the line-up of Boy Better Know, according to their Wikipedia page at least.

Throughout the race for the 2017 general election, the grime community has largely thrown its support behind the Labour Party leader. JME endorsed the Labour leader – even going as far to meet with Corbyn this weekend to discuss how to encourage young voters to get involved. Meanwhile, Novelist, Stormzy and UK rapper Akala have also endorsed Corbyn.

Then today,  the Wikipedia page for grime collective and label BBK, consisting of Skepta, JME, Wiley and more, not only added Jeremy Corbyn to the line-up – but his ‘Labour Manifesto‘ was also added to their discography. It has sadly been deleted now, but here’s what it looked like: 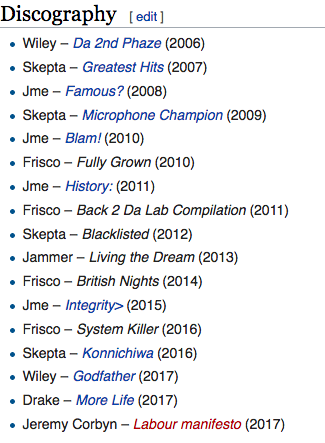 Meanwhile, a new ‘#grime4corbyn‘ campaign was launched yesterday – aiming to “harness this energy to help elect a Labour Prime Minister who will reduce the voting age to 16, cancel exorbitant university tuition fees, cancel zero hours contracts, and through a new genuine living wage and building 500,000 council homes a year, give Britain’s young people the homes, jobs and education they need – for the many, not the few.”

Wolf Alice singer Ellie Rowsell also recent came out in support of Labour and Corbyn, while Harry Styles revealed that he’d be voting for ‘whoever is against Brexit‘.

The General Election 2017 will take place on June 8. Register to vote here. 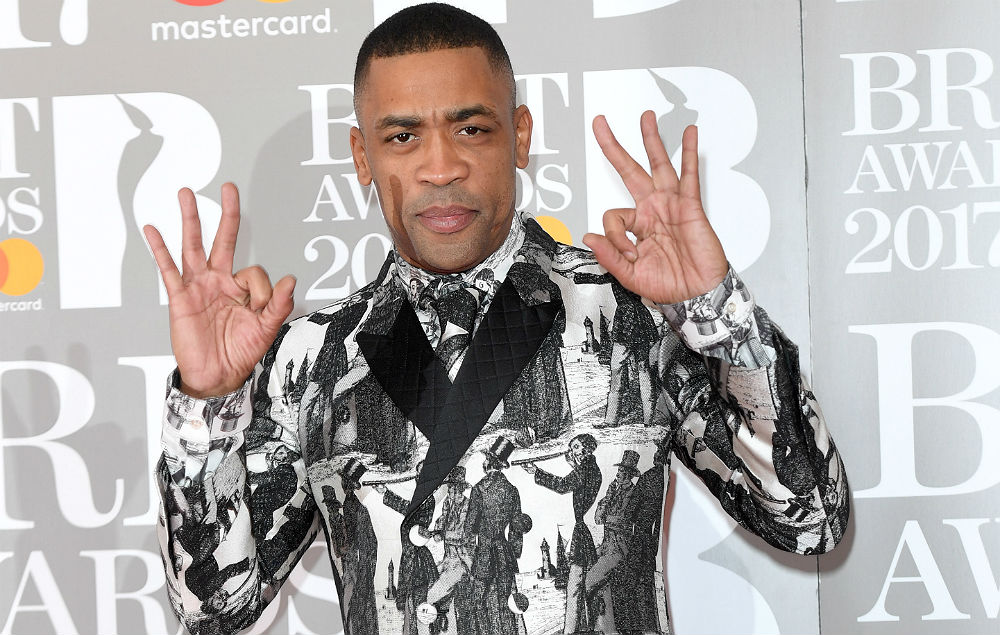 Meanwhile, Boy Better Know will take over the O2 Arena and complex on August 27 for what has been described as a “day of music, film, gaming, sport, food and London lifestyle”.