“There’s a definite ‘existential pop song’ vibe to it”

Idlewild frontman Roddy Woomble has unveiled his new single ‘Like Caruso’, from his upcoming solo record. Check it out on NME first below, along with tour dates and our interview with Woomble.

Woomble’s fourth solo effort is due for release in September, and was written after Idlewild came off the road with their acclaimed 2015 album ‘Everything Ever Written‘. Inspired by Paul McCartney and Leonard Cohen, the album’s lead single is ‘a tale of walking home down a dark road in rural Scotland contemplating love, fame, the world’s first global celebrity – Caruso’.

“I think it’s a good middle ground between a lot of different things,” Woomble told NME about ‘Like Caruso’. “It gets stark and down deep, then other times it gets quite playful and something like McCartney. There are always tunes there, I’m naturally drawn towards melodies – no matter how dark and weird it gets. Sometimes these kind of records rely more on atmosphere and intensity than memorable tunes. I think ‘Like Caruso’ is a bit of a rambler when it comes to lyrics. I’m into vagueness and things like that – taking subject matter and mixing it into another. Like symbolism mixed with something very ordinary.”

Speaking of how he came to write a solo album, Woomble told NME: “I just came out with quite a lot of songs last year. Idlewild will definitely make another record, there’s no doubt about that – it just depends when. For the time being I found that I had all of these songs that just sit together and that I could do a good job of them on my own. My whole career has just been one thing leading into the other quite naturally. That’s where I find myself right now. I’ve just finished my fourth solo record.”

So what would you say is the thread that holds all of these songs together and makes you feel comfortable enough to do them as a Roody Woomble album, rather than an Idlewild album?

“It’s definitely just me. I may be the frontman of Idlewild and some people see me as a leader or whatever you want to call it, but I’m actually just part of that band and make decisions like anyone else. I’m not a control freak, I’m a collaborator, but there’s certainly a degree of me calling the shots on my solo work to make the record i want to make. I wanted to make a record that was a bit more introspective, a bit more personal. It’s also the most surreal and playful record I’ve made. it’s doing things musically that I’ve never done before.”

“There’s a certain amount of expectation with Idlewild, which is fine. People expect a certain sound and we’re able to move within that and do stranger songs, but the core of the band is a melodic band. Whereas on my own, I can no other things, really – things that Idlewild maybe couldn’t pull off.”

So if it wanders between the personal and the surreal, what kind of themes is this album dealing with lyrically?

“Generally speaking, my work shoots around all over the place. There’s a definite ‘existential pop song’ vibe going on with most of the stuff I’ve worked on. There’s no difference there with this record. There’s one thing that ties it together, that’s not to say that every song is about this, but it’s just ageing. Last year I turned 40, and I allowed myself to indulge in that doubt and angst for a period of time. I put a lot of that into the songs. It’s a process that we’re all going through together – getting older and older and having to keep looking back.” 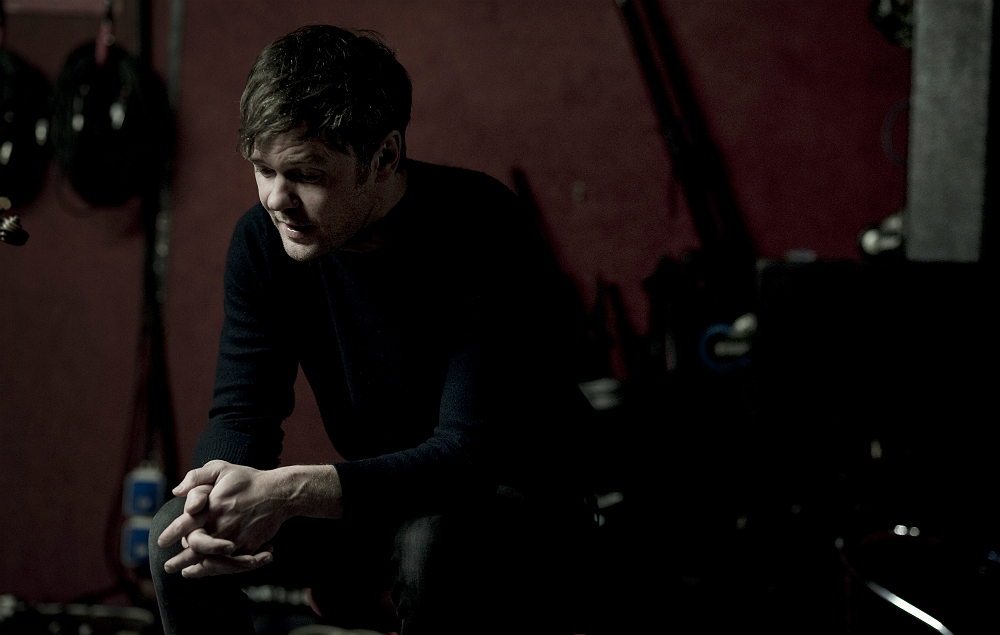 Do you look to trace your evolution as an artist through song? A lot of people’s lasting impression of Roddy Woomble might be the you of 1997 face down on the floor, screaming – as opposed to the Roddy now calmly living on the Isle Of Mull?

“I was like a teenager when I was doing that. If someone remembers me as that, then that’s a compliment. I think punk rock is a really healthy thing. Everyone should go through it at some point in their life. I was lucky enough to go through it and have an audience. I’m proud of all those records and those gigs, but it would be ridiculous to have me trying to do that now. I’m just myself. I think that’s why people still listen to our records and come and see me or Idlewild play live. I think we’ve aged gracefully and we haven’t tried to make any music that we weren’t comfortable doing so. It’s a nice, natural arc, rather than trying to capture what’s gone.

“I think my fans just expect me to make music and play concerts that are to a certain standard, and play concerts, and within that comes meaning. If you’re doing something well over a period of time, like in my case 20 years, that’s a substantial body of work that’s soundtracked someone’s life – if they’ve chosen to carry on listening to it. You have the responsibility to carry on being good for those people – the same way that I have my favourite authors and my favourite bands and I need them to produce work that always means something to me.”