‘I think the world should be more about being together’

Harry Styles has opened up about his views on Brexit, and revealed how he’s likely to vote in the upcoming general election.

This week saw the One Direction star release his debut solo album. After revealing that launch single ‘Sign Of The Times’ deals with recent political events around Brexit and Black Lives Matter, he’s now said that his views around the UK departing the EU are likely to influence the decisions he’ll make at the ballot box next month.

“Honestly, I’m probably going to vote for whoever is against Brexit,” Styles told The Times. “I’m not educated enough on the subject to really go toe-to-toe with someone about it, but disregarding the economic stuff and all of that, I think what it symbolises is the opposite of the world I would like to be in. I think the world should be more about being together and being better together and joining together, and I think it’s the opposite of that.” 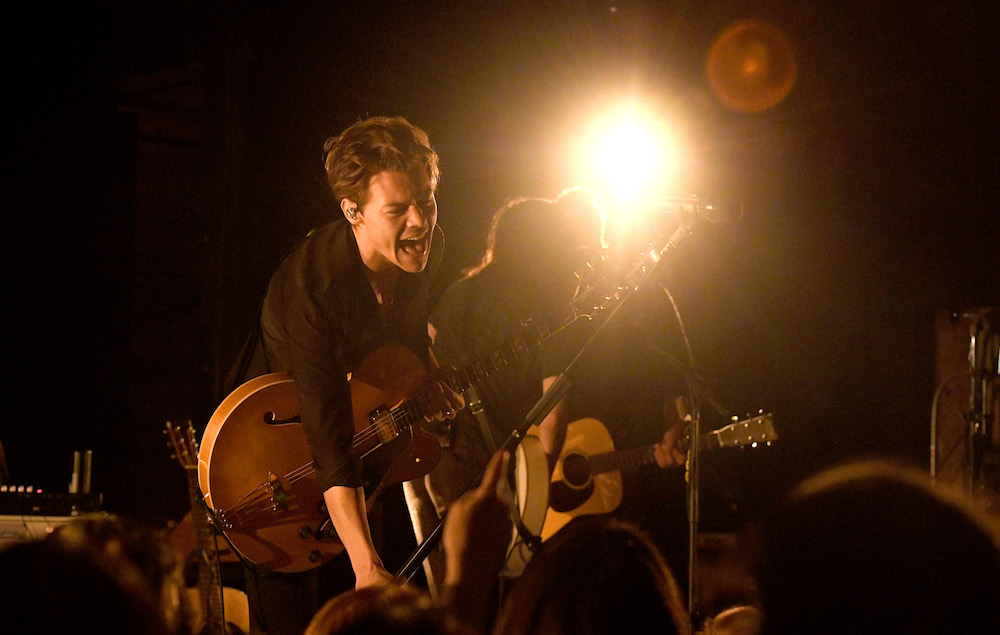 that the lyrics to lead single ‘Sign Of The Times’ had a surprisingly dark meaning in dealing with the death of a young mother shortly after giving birth, he’s now revealed an added political inspiration.

When the New York Times if recent events around Brexit, Black Lives Matter and the rise of Donald Trump influenced his songwriting, Styles replied: “We’re in a difficult time, and I think we’ve been in many difficult times before. But we happen to be in a time where things happening around the world are absolutely impossible to ignore. I think it would’ve been strange to not acknowledge what was going on at all. For example, ‘Sign of the Times,’ for me, it’s looking at several different things. That’s me commenting on different things.”

This weekend also saw Styles play an intimate, surprise show at The Garage in London.

His upcoming UK tour dates are below. For tickets and information, visit here.

The post Harry Styles reveals his views on Brexit and how he’ll be voting in the general election appeared first on NME.