Grammys boss and President of the Recording Academy, Neil Portnow has given an interview to Pitchfork in which he discusses the main talking points surrounding this year’s event, denying that the Grammys has a “race problem” and responding to Frank Ocean‘s recent criticism of the institution.

This year’s Grammys was criticised after Beyonce failed to win Album of the Year, with the accolade going to Adele, who herself argued that Beyonce should have won.

Responding to criticism from some viewers that the Grammys has a racial bias, Portnow said: “I don’t think there’s a race problem at all… It’s always hard to create objectivity out of something that’s inherently subjective, which is what art and music is about. We do the best we can.”

He added: “We don’t, as musicians, in my humble opinion, listen to music based on gender or race or ethnicity. When you go to vote on a piece of music—at least the way that I approach it—is you almost put a blindfold on and you listen.”

“We stand 100 percent behind the process: It’s a democratic vote by majority. So somebody could either receive or not receive a Grammy based on one vote. It could be that tight.”

Portnow was asked about comparisons to the Oscars, which recently addressed its own diversity problems. “Well, they may have had a problem,” Portnow said. “We don’t have that kind of an issue in that same fashion. But we are always working on increase diversity in membership, whether it’s ethnicity, gender, genre, or age. In order to maintain our relevance, we have to be refreshing all the time and we have to be doing that across the board.”

“You don’t get Chance the Rapper as the Best New Artist of the year if you have a membership that isn’t diverse and isn’t open-minded and isn’t really listening to the music, and not really considering other elements beyond how great the music is,” he went on to say. 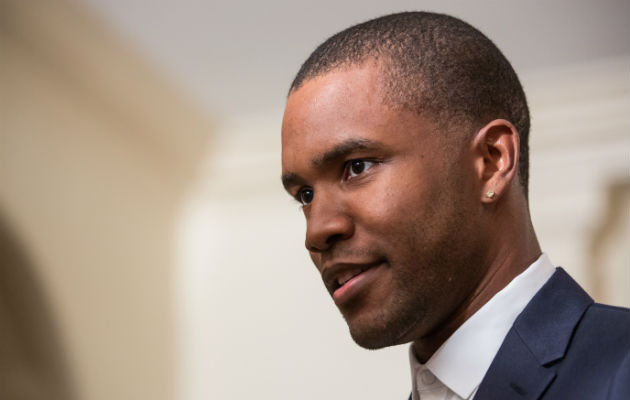 Following Frank Ocean’s scathing criticism of the Grammys, Portnow said: “He made a conscious decision to not enter his music in the process. I think that’s a personal choice. Not everybody likes or wants to be part of every organisation or awards process. I respect that.”

The post Grammys boss denies that the awards ceremony has a ‘race problem’ appeared first on NME.