See the icons in action

Gorillaz have shared footage of them recording new single ‘We Got The Power’ with Noel Gallagher – as well as a video of them performing it live.

The animated band, who release their acclaimed new album ‘Humanz‘ tomorrow, have taken to Instagram to share ‘moments’ from the making of the record. The latest shows the former Britpop rivals of the former Oasis man and Blur frontman laying down guitar and vocals for the track, which also featured Savages‘ Jehnny Beth on vocals.

Not only that, but Telekom Electronic Beats have shared official live footage from the band’s triumphant comeback gig at London’s Printworks – with the latest video showing Albarn, Gallagher, Beth, and synth legend Jean-Michel Jarre performing the song. Check out both videos below.

As well as hailing their collaboration as a ‘victory lap for Britpop‘, the pair also gave an interview in which they revealed that they very nearly collaborated again on Noel Gallagher’s new solo album, and discussed what Liam might make of them working together. Noel replied: ““Listen, nobody gives a fuck what Liam thinks about anything.”

Gorillaz’s acclaimed new album ‘Humanz’ comes out on Friday (April 28). Noel will be appearing with the band at their upcoming ‘Demonz Dayz’ Festival at Dreamland in Margate in June.

The former Oasis man has been working on his third album with the High Flying Birds, the follow-up to 2015’s ‘Chasing Yesterday‘, with producer David Holmes.

While last week it was rumoured that Gem Archer had joined the High Flying Birds, Noel will be kicking off a UK and European tour in July to support U2 for the anniversary of ‘The Joshua Tree’ – something that Liam attacked him for, accusing him of ‘brown-nosing’ the band. See Noel’s dates with U2 below. 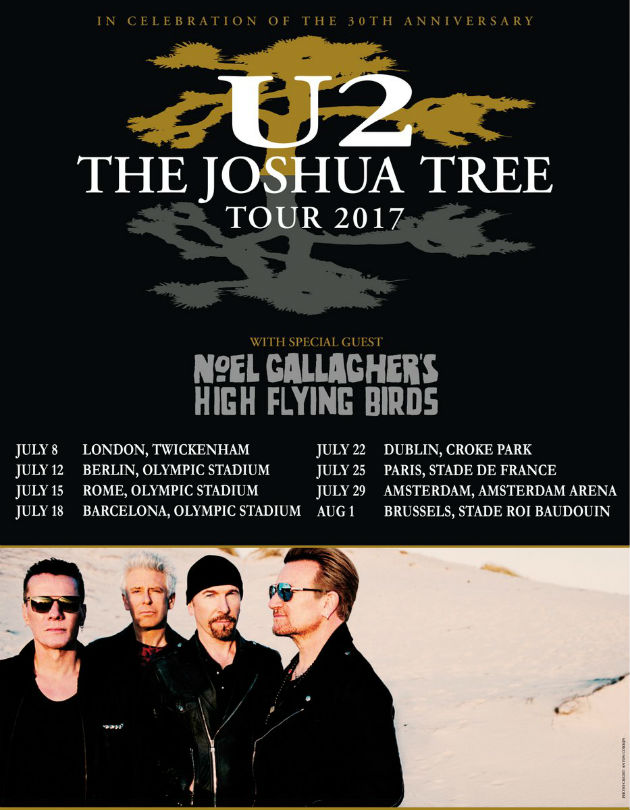 Papa Roach share new track and footage from the studio