Brian May discusses the film about the Queen icon

The release date for the long-awaited biopic film of Queen icon Freddie Mercury has been revealed.

The film has been in the works for over four years, with several actors being rumoured and involved before ‘Mr Robot’ star Rami Malek landed the lead role.

Now, in an interview with The Daily Star, Queen guitarist Brian May has revealed: “The Freddie film is coming … sooner than you might think, next year.”

He also said that the band may return to tour the UK and Europe soon with Adam Lambert, adding:  “We will be in America most of the summer and then probably be back around these parts at the end of the year.” 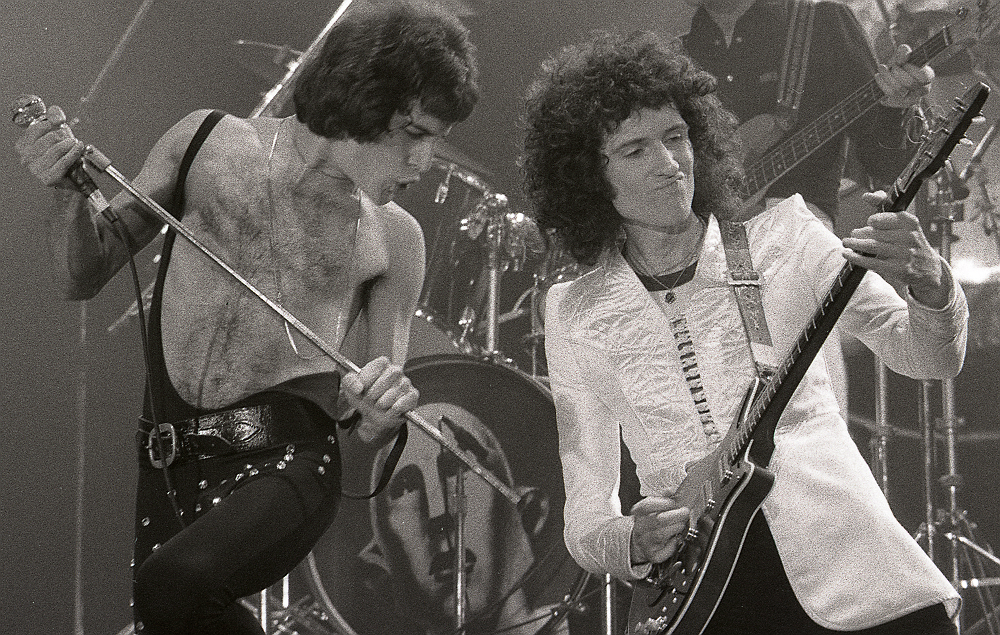 Freddie Mercury and Brian May

The Freddie Mercury biopic project has been subject to many rumours and stumbling blocks. Daniel Radcliffe was once believed to be playing the flamboyant frontman but said that he was ‘completely wrong for the part‘. Then, it emerged that ‘Borat’ and ‘Ali G’ star Sacha Baron Cohen was involved but had to pull out over disagreements with Brian May.

“There are amazing stories about Freddie Mercury,” said Cohen. “The guy was wild. There are stories of little people with plates of cocaine on their heads walking around a party.” However, Baron Cohen learned that these stories would not make the film. “They wanted to protect their legacy as a band.”

As well as unveiling a new special Queen edition of Monopoly, the band are also gearing up to head out on tour with Adam Lambert.

“There is potentially more work with Queen,” said Lambert. “There is a lot of talk and a lot exciting stuff to discuss next year. I’m not ready to make announcements yet but there’s a lot on the cards.”

And as for those Glastonbury rumours: “Who knows? That would be cool. You want to give them a call?”