What’s coming from album No.9?

For a while last year, it looked like Foo Fighters could be done. They’d just come off a torrid 2015 during which Grohl broke his leg and they were forced to cancel a tour, and rumours persisted that the group were preparing to split. Luckily, they bit back with a hilarious video dismissing those rumours and revealed that a new album was happening, eventually. Earlier this year, word got out that recording had begun – and with some massive festivals on the horizon by summer, things are hotting up in Camp Foo. We dig deep on all the information available about the Foo Fighters ninth studio album.

Currently, we’re without a release date for the album. We do know that work is under way however, and with festivals approaching for the summer, a new song or two could arrive before then. 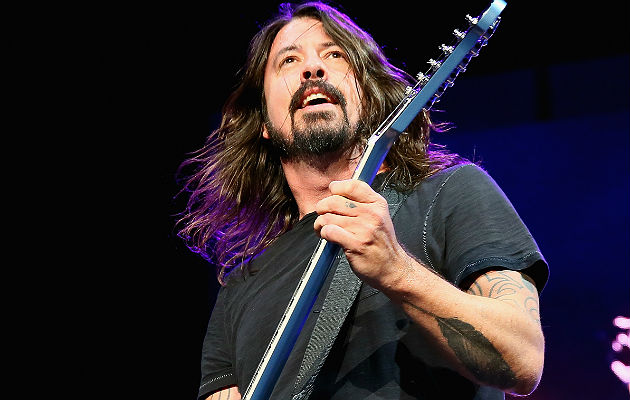 What new Foo Fighters songs are out?

Thus far, they’re keeping their cards close to their chest and are still recording – so no new music just yet. But they did release surprise five-track EP ‘Saint Cecilia’ in November 2015, so we can forgive them for no new music at the moment.

However, there are couple unreleased songs that could make their way onto the album, if the boys fancy looking back.

One song, ‘New Wave’, has been knocking about for years – but has never made it onto the record. Fans speculated that the song became ‘White Limo’, though that since appears to be debunked. Could they finally put it out once and for all?

What can we expect from the album?

The band have spoke little about the new music, but we know it’s coming. The CEO behind BottleRock festival in California revealed that the band will be in the studio for all of 2017 working on the album. That festival, and others, start kicking off in May and run through July this summer. It’d be a tight turnaround to get an album done for then – but you never know. Their most recent release 5-track EP ‘Saint Cecilia’ was recorded in just under a fortnight, so it proves that they can turn things round pretty swiftly.

Last year drummer Taylor Hawkins told NME: “We will make a new record at some point. We won’t really be ready until Dave’s ready to go. It’s on the books, so we’ll definitely be playing. We never really know, we just wait for a text from Dave saying ‘hey, let’s go down to the studio.”

Not only that, but their last release was a return to form, for sure. Whereas previous album ‘Sonic Highways’ hopped from different styles of rock to another (as a result of their recording in various cities), ‘Saint Cecilia’ was far more focused on their sound – arena rock – so perhaps that will continue. But the last two albums have had some kind of theme to it, ‘Wasting Light’ was very much a garage rock album (and recorded in Grohl’s garage) and ‘Sonic Highways’ was an ambitious globe-trotting project, so don’t be surprised for them to find an interesting twist on it.

Previously it was rumoured that the group’s next record would be ‘Sonic Highways 2’, with the band taking their recording global, but Vig revealed that it “hasn’t come to fruition” just yet. If the new album was to follow a similar studio-hopping path, you’d imagine we would have heard some little rumours about locations by now.

Who’s going to be behind the desk to get the boys sounding in top shape? The last two albums have been produced by Garbage drummer Butch Vig and in 2016 he gave an update about where Grohl could go for the album. Speaking to Music Feeds in June 2016, Vig said; “He just texted me one day and said, ‘I am toast – I need to go home and stop and just recuperate, I need to go dark for a while.’” Dark Dave Grohl? Sounds good to us.

There could potentially be some special guest additions onto the album though – maybe in the shape of Josh Homme. A recent picture uploaded to Instagram by Eagles of Death Metal man Jesse Hughes’ showed Grohl, Homme and Hughes in what appears to be a studio. The post has since been deleted and its not confirmed that it is indeed a Foo Fighters record they might be working on – but we can dream, right?

What are Foo Fighters tour dates in 2017?

The group will play a handful of festival dates in North America and Europe this summer:

The post Foo Fighters: Everything we know about the new album appeared first on NME.